Electrification deal must be delivered soon

Nick Smith MP has called on the Government to deliver for Blaenau Gwent after they admitted electrification of the Valleys lines was a “vital investment”.

The Blaenau Gwent MP has pressed new Welsh Secretary Stephen Crabb on whether the delays in agreement on funding the project will result in spiralling costs. 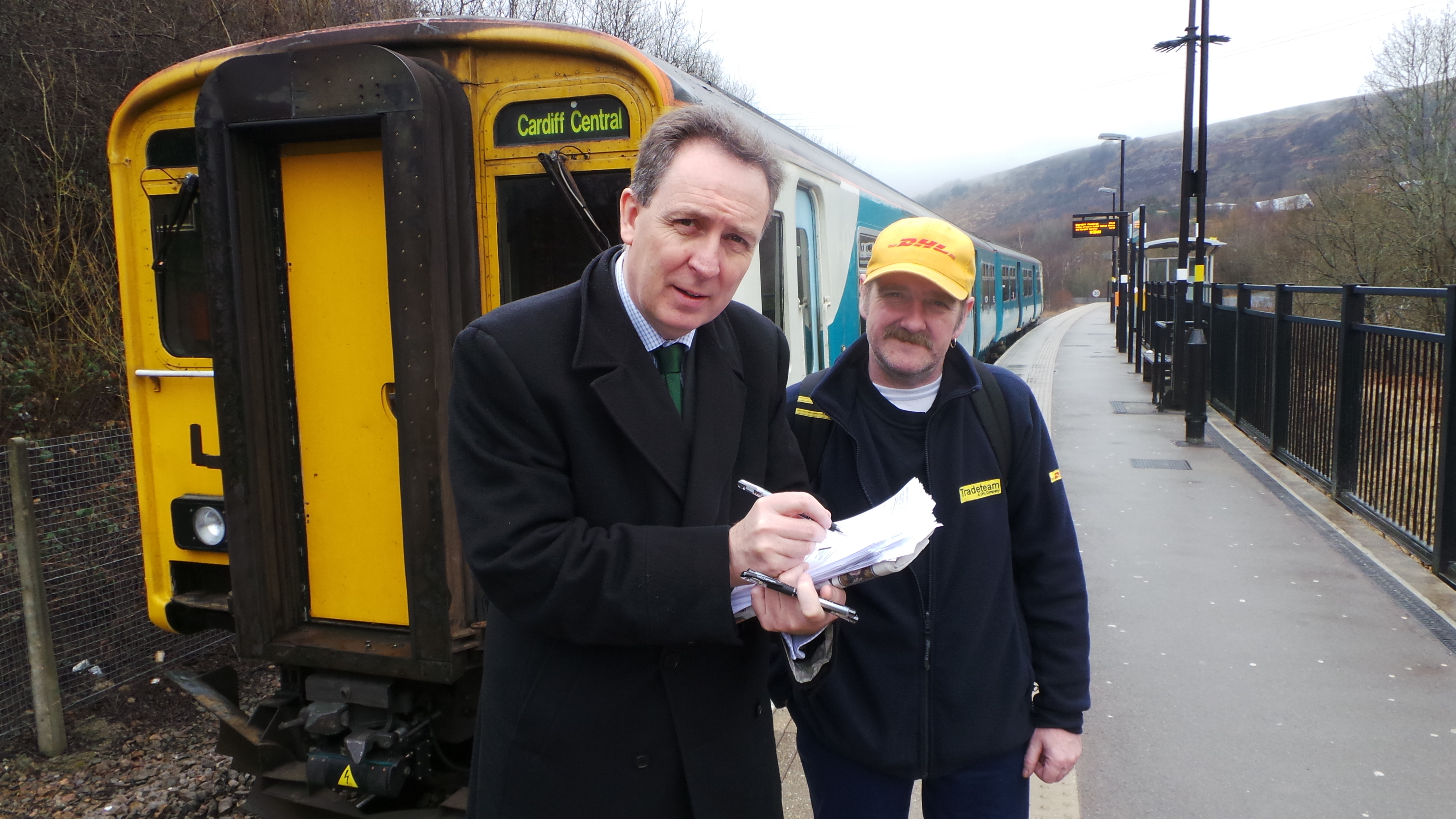 With other Welsh MPs confirming similar growth across the network to the Ebbw Vale-Cardiff line, the Welsh Secretary branded electrification of the Valleys network as a “transformational project that would deliver a much-needed boost to the Welsh economy”.

Mr Smith has also pressed the top official at the Department of Transport at a recent Public Accounts Committee meeting, to check whether there have been increased costs because of the delay in a funding agreement.

Speaking after the debate, Mr Smith said the Welsh Secretary must make good on his promise to find a way to crack on with the project – or risk a bigger bill for the taxpayer.

“From my time on the Public Accounts Committee, I have seen far too many delayed projects leading to a spiralling of costs.

“I don’t want that to happen again and risk Blaenau Gwent’s chance to have a rail network that would encourage businesses to the area and make it attractive to commuters.

“The Ebbw Vale to Cardiff line is a massive success story. The Labour Welsh Government’s work to confirm the extension into Ebbw Vale town centre and add the passing loop to the line mean the potential is there to be realised.

“We need to give our youngsters the chance to get to the jobs out there. We can’t let this chance slip by.”

Mr Smith has campaigned for both electrification and the passing loop in recent years as part of his Move on Up campaign, polling commuters on the line and using their responses as evidence of the demand for an improved service.

“I’ll continue to offer my support to the hard work the Welsh Government are doing to improve our line and hope there is a solution to this impasse soon”, he said.

“But the danger of spiralling costs cannot be ignored. We have people in towns across the borough all calling for improvements at their part of the line, and I wouldn’t want the future development of the service to be crippled by dithering right now.”