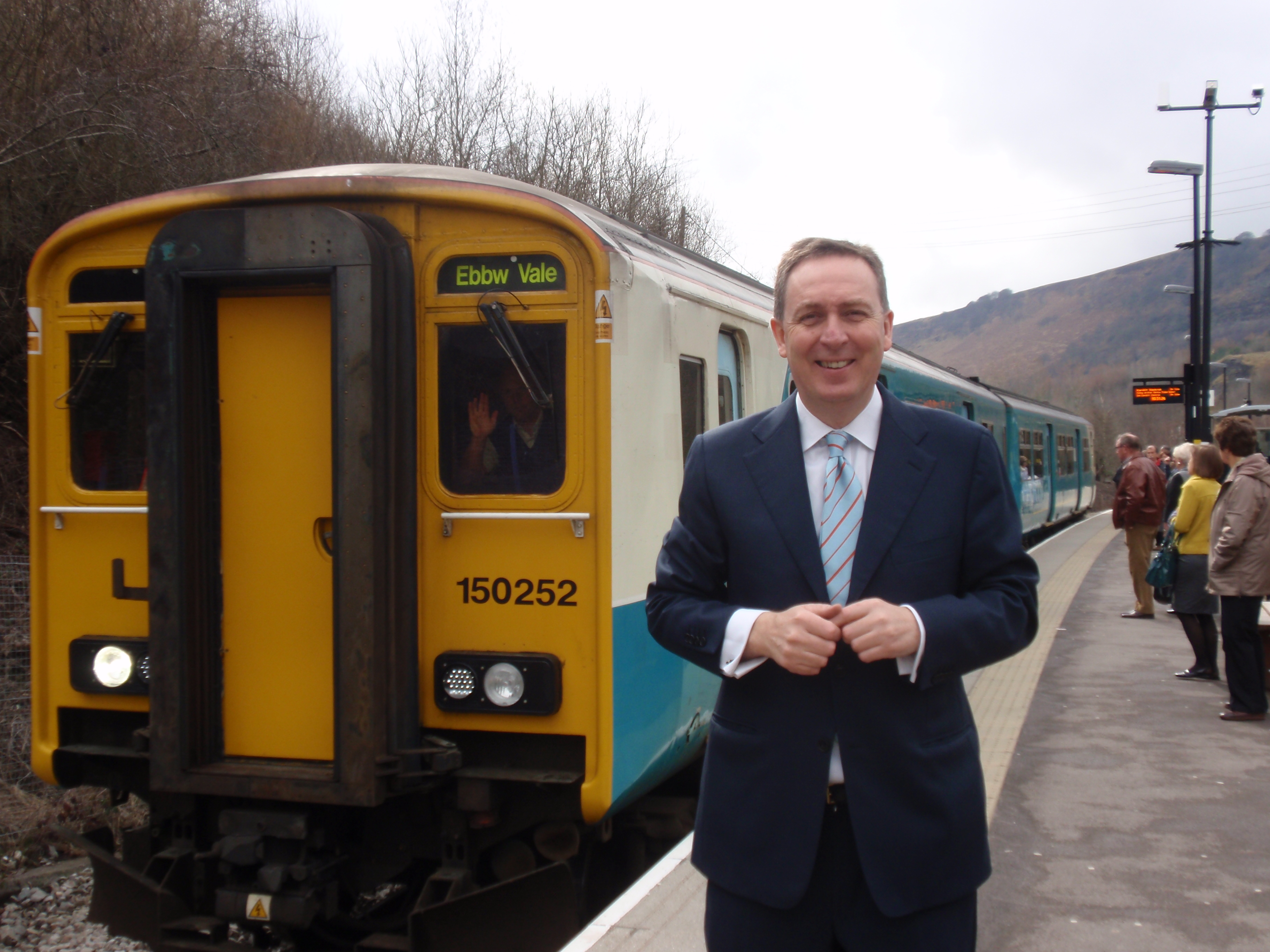 Nick Smith MP has celebrated the news that the vital electrification of the Valleys line will give Blaenau Gwent a real chance to thrive for years to come.

The UK Government had cast doubt over the development after denying in March 2014 that they had made any promise to pay for the scheme.

But after negotiations with the Welsh Government they will now put £125m towards the scheme, putting it firmly back on track.

The Blaenau Gwent MP has been campaigning since his election for constant improvements to the Ebbw Vale to Cardiff route.

His Move On Up campaign had previously pushed for electrification in 2012, quizzing hundreds of passengers on the line and taking their views to ministers in Wales and Westminster.

Speaking after the announcement, Mr Smith said the Welsh Government had done the borough proud by fighting to hold the UK Government to their commitments.

“I’m so glad to see the Welsh and UK governments have recognised the importance of new electrified railways for the Ebbw Vale to Cardiff line”, he said.

“This hugely successful link is a life line from the Valleys to good jobs on the coast, so it’s important the service is modernised.

“The next challenge for the Move On Up campaign is to now take real advantage of these improvements. Every year I’ve run it, I’ve always been struck by how many youngsters are on the line going to University or work.

“I campaigned for electrification and campaigned for the passing loop, which are both being realised. Now we need to get that line humming with more trains more often and take advantage of the line’s success.”

Mr Smith challenged the Secretary of State for Wales on the funding issues as recently as October, and pushed for the passing loop -; set to be completed by March 2016 – as part of the 2013 campaign.

“The story across the country is you build a good infrastructure that’s attractive to commuters going out and businesses coming in and those areas thrive”, he said.

“Our former industrial bedrocks are no longer there, but areas such as the Valleys haven’t been given the chance to compete once more.