Nick backs small businesses for this weekend and beyond 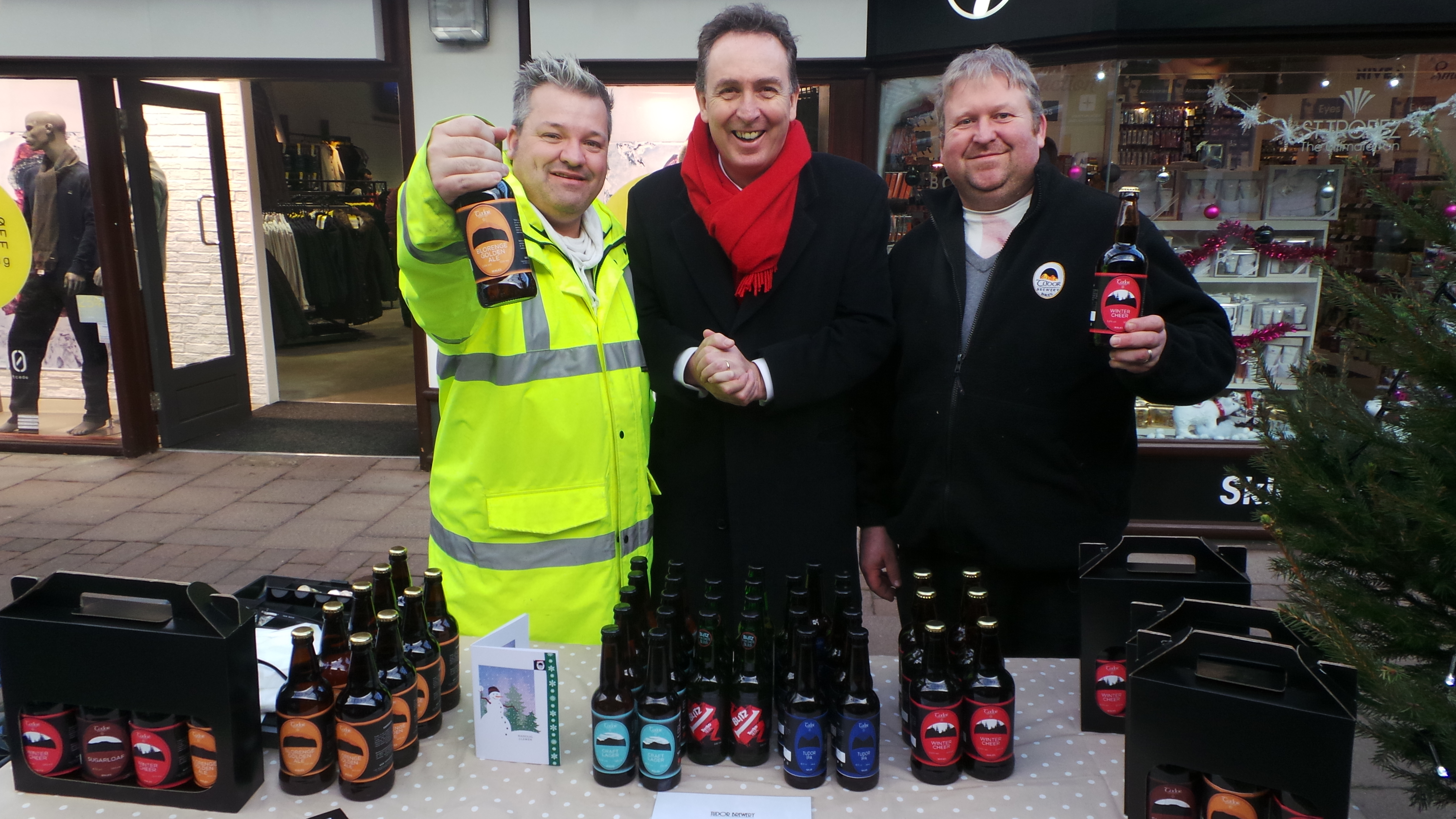 As part of the build up the Blaenau Gwent MP championed Tudor Brewery, the Llanhilleth based family business that in four years has gone from humble beginnings to being stocked in more than 300 pubs nationwide.

With a deal being now being struck that could see that number increase to the thousands, Mr Smith said local success stories can only take off if they get a good start.

“It’s all too easy to talk about business and think about the big guns, when in reality most businesses are fighting to come good a few yards down the road”, he said.

“It’s been great to see this small operation realise its potential and we should be celebrating their successes here.

“In the meantime, we should do all we can to thank Tudor for the vital contribution they make to the local economy, adding to the local community and boosting diversity on the High Street.”

Tudor Brewery Director Jaime C. Devine, whose business is based in Blaenau Gwent, said keeping it local had meant a lot as they went from strength to strength.

“People shopping at home is essential for our business. It’s great, even if at the moment we are better known outside Blaenau Gwent than inside”, he said.

“It’s so important, the more money people can spend with us the more we can invest in the local community. We moved the business back to Blaenau Gwent from Abergavenny in 2012 because it meant a lot to us to be here. It’s essential.”