Pain at the tills on the way -; and the Government does nothing 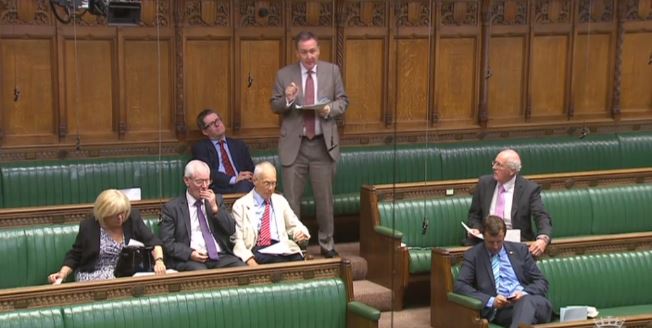 Nick Smith MP has warned that the Government are burying their heads in the sand as the Autumn Statement failed to address the impending food price hike.

The Blaenau Gwent MP has repeatedly pressed the Government on how the falling pound in the wake of the EU Referendum is threatening to drive up our shopping bills.

His campaigning was inspired in part by a visit to Rassau’s Zorba Foods, who are facing higher charges for their ingredients because of the change in the pound’s value.

Now the Office for Budget Responsibility, who provide forecasts following the Chancellor’s Budgets and Autumn Statement, have said they now expect food prices to climb after years of being kept down by low inflation.

It follows the Director General of the Food and Drink Federation’s comments that shoppers should expect a price hike at the tills of 5%-8%.

Speaking after the Autumn Statement, Mr Smith said people in Blaenau Gwent were being let down by a Government willing to wash their hands of the problem.

“With this Autumn statement, the Government are burying their heads in the sand about the impending price hikes set to hit our grocery bills”, he said.

“I asked the Government before this statement if they had made an assessment of how the falling value of the pound was going to hit food prices.

“They passed the buck to other offices who calculate inflation and forecasts.

“The Government must plan ahead and do all it can to restore confidence in our country’s future. It’s current shirking of this responsibility is shameful and is setting us up for long-term financial pain at the tills.”