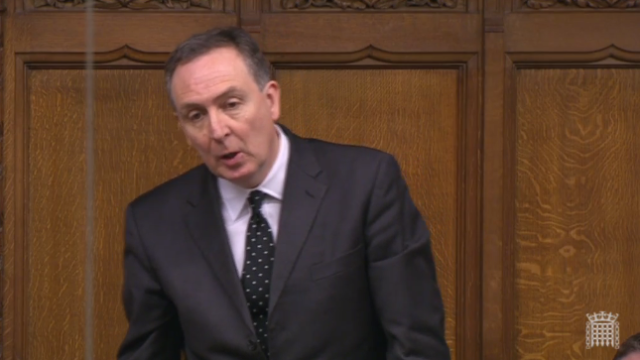 Nick Smith MP has called on the Prime Minister to protect vulnerable families who rely on hire purchases to furnish their homes.

This year Citizens’ Advice Bureau in Blaenau Gwent has seen a 59% increase in cases where people are struggling to keep up with payments, with companies such as BrightHouse charging sky-high interest rates.

Mr Smith, who had previously campaigned for controls on payday loan companies, used his opportunity at Prime Ministers’ Questions to ask for a cap on interest rates for hire purchases.

A cap, which is currently being considered by the Financial Conduct Authority as part of their review into the industry, has seen a massive turnaround in payday loan problems.

Although the problem is still on the rise in Blaenau Gwent, where Mr Smith discovered Wonga had loaned more than £1m to customers in one year, nationally the figures have halved since the cap’s introduction.

“It’s not about the family who overspends at Christmas or lives beyond their means. It’s living week-to-week and needing a fridge or cooker to feed your loved ones”, he said.

“The payments are low but the interest is staggering. People end up paying two or three times as much for the same items and far from helping those in poverty, it helps to keep them in it.

“I’m glad to see more credit checks in the industry and as with payday loans, the need for credit is an important one.

“But more needs to be done to protect people who have no other choice. We’ve seen the success of the interest rates cap with payday loans and the Government and FCA need to seriously consider this option.”

In response, Prime Minister Theresa May acknowledged the problem of high-cost credit and said she would look at the issue further.

Up to 400,000 people use rent-to-own firms to buy household appliances, paying back high rates of interest.

For example, a Hotpoint Fridge-freezer normally costing £472 would cost £1,170 on a three year repayment plan from BrightHouse.