Shopworkers must be safe in the workplace 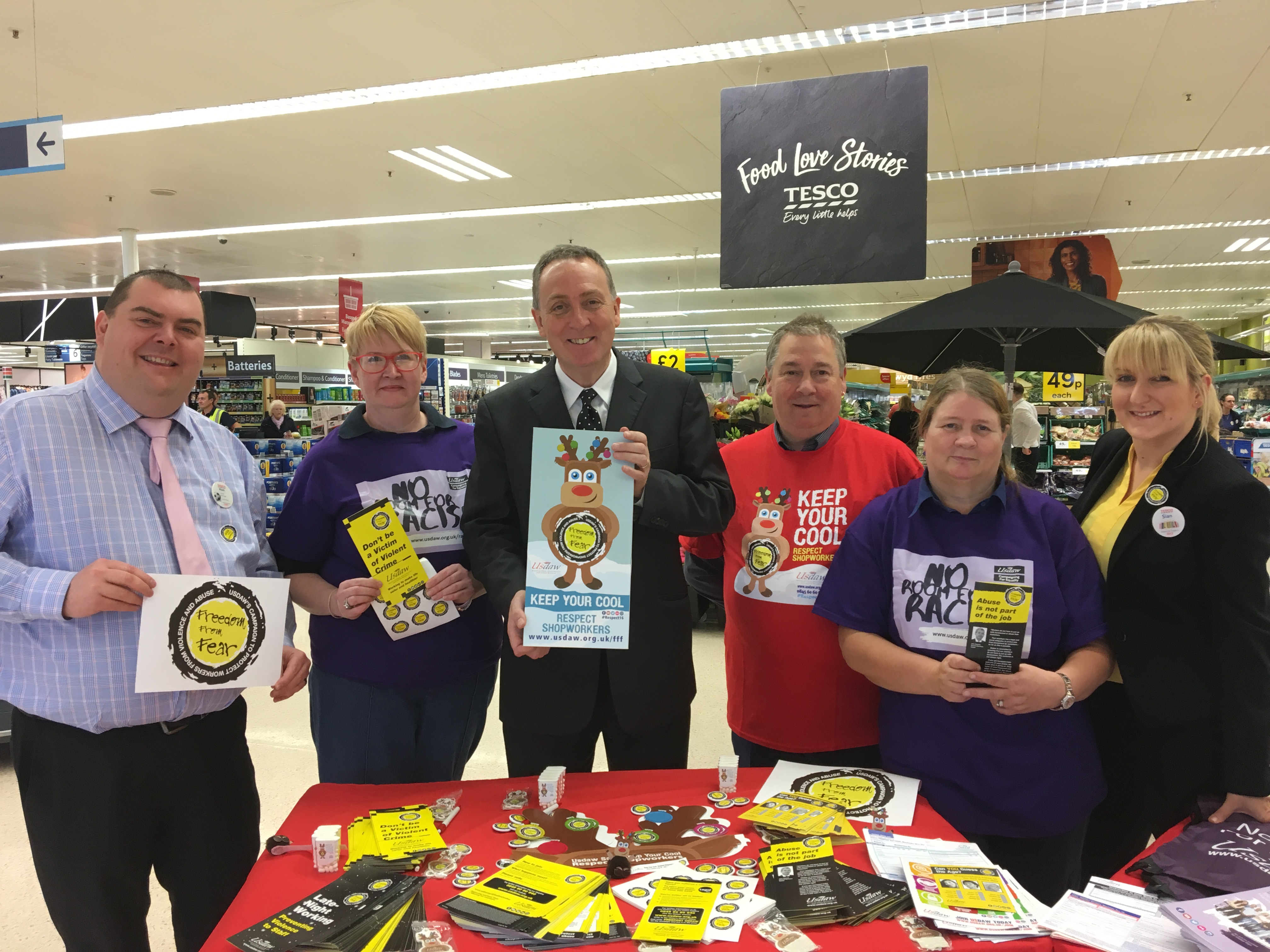 Nick Smith MP has backed the call for shopworkers to be protected and respected after teaming up with trade unions on Workers Memorial Day.

The Blaenau Gwent MP visited the Tesco store in Ebbw Vale to speak to staff and shoppers with the USDAW team, who were on hand to follow up on the Freedom from Fear drive and their Christmas 2016 campaign “Respect for Shopworkers”.

The Respect for Shopworkers week, which Mr Smith had backed over the festive period, revealed that nearly one in ten shopworkers have been assaulted in the course of their duties, but almost a third of them didn’t report the incident.

Speaking after the visit, Mr Smith said our workforce deserve to be protected so they and their families can have peace of mind.

“Just chatting to the security man on the door here, it is clear just how much abuse our hard working staff endure on a day by day basis from the public”, he said.

“It’s also clear that we want everyone to be able to go to work and be able to come back home, which is why having this visit on Workers Memorial Day carriers big significance.

“Not only do we need to treat people with respect, but businesses need to ensure their workplaces keep the workforce safe.”

Ebbw Vale Tesco Manager Mark Jones said: “It boils down to treating people on how we like to be treated ourselves. We empower colleagues to defuse difficult situations so everybody is safe”

Workers Memorial day, supported by trade unions such as TUC and USDAW, is designed to “remember the dead: fight for the living” by holding events or memorials to remember all those killed through work but at the same time ensuring that such tragedies are not repeated.

The campaign asks for stricter enforcement with higher penalties for breaches of health & safety laws in the workplace.