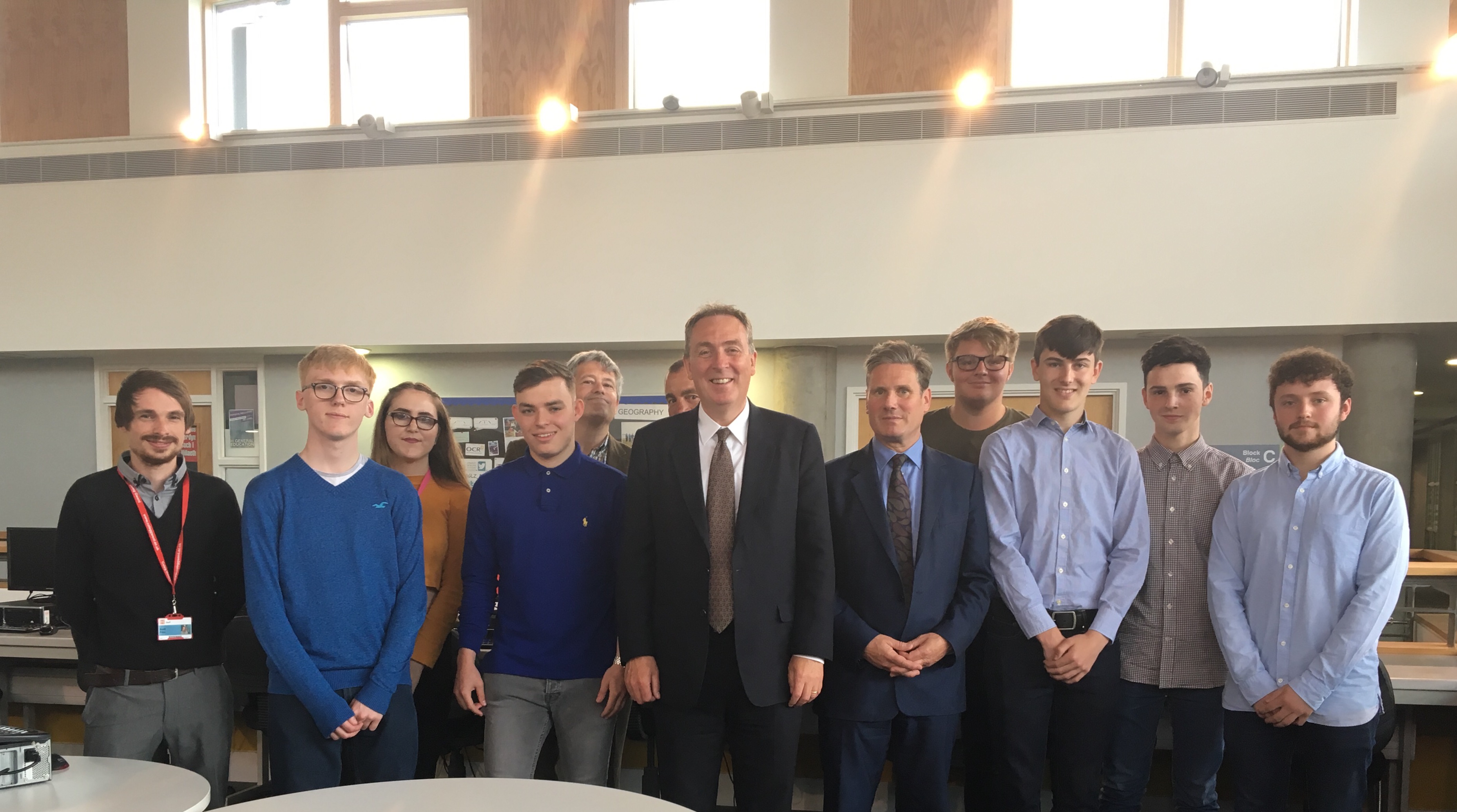 Students in Blaenau Gwent got the chance to grill one of the top politicians dealing with Brexit one year on from the EU referendum.

The Blaenau Gwent Learning Zone welcomed Keir Starmer, Shadow Secretary of State for Exiting the European Union, on the one anniversary of the EU referendum.

In a spirited session students asked questions on everything from the single market and freedom of movement to the future of funding for Blaenau Gwent.

Nick Smith, the MP for Blaenau Gwent who helped set up the event, said the quality of debate from the young people involved was proof of the talent in the area.

“In all the years I’ve been an MP and been involved in politics, this was one of the most interesting and clued-up debates I’ve ever taken part in”, he said.

“The young people are passionate and care about our area and its future. I was also pleased to hear Keir talk about how Labour would protect EU funding.

“It’s been a lifeline for Blaenau Gwent for so long, driving improvements to our road networks and helping build new schools and a hospital.

“With the Tories in power, I’ll be pressing them on not only securing EU funding in the years ahead but also how we can target it in the best way possible.

“People in places like Blaenau Gwent haven’t always seen the benefit of the money pumped into the borough by Europe. We need to make sure that changes in future.”

Speaking after the visit, Sir Keir was full of praise for the young people involved and said it only added to his resolve to fight for a fair deal for the whole country to unite behind.

“This was a fantastic visit to the college, talking to students and getting into a real debate about Brexit,” he said.

“It’s absolutely reinforced my opinion we need to revisit the issue of votes for 16 and 17 year olds. They were so switched on and well informed. It’s a real testament to the staff here.”