Nick Smith calls for a fair deal for Gwent miners 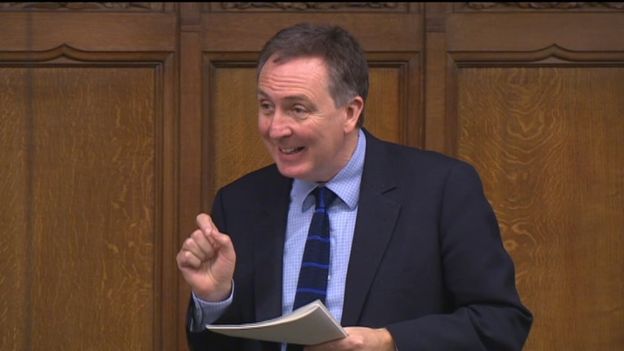 Nick Smith has called for miners and their families to get a fair deal from the Government after securing a Parliament debate on the issue.

The Blaenau Gwent MP led the debate on the Mineworkers’ Pension Scheme, which is currently being reviewed by trustees.

With the Government taking £3.5 billion out of the scheme without making any payments into it since 1994, miners have been calling for a fairer share of the surplus.

Speaking at the debate, Mr Smith said mining made Blaenau Gwent part of the “crucible of the industrial revolution in Wales” and miners deserved to be treated accordingly.

“It has been estimated that the Government will receive windfalls of £51 million each year between 2016 and 2019-another £200 million”, he said.

“Lots of people feel that that belongs to the retired miners, not the Government, and I agree with them. Today, I call on the Government to revisit the surplus sharing arrangements, and in particular I urge them to meet the trustees of the scheme to chart a way forward.

“I am sure that I speak for many colleagues in saying that there is support for change in our constituencies, and that we should do the right thing by retired mineworkers and their families.

“The time has come for a better way to help the trustees support our communities. This is the miners’ money.

“They earned it through years of hard work at the coalface, and they deserve a better and fairer share of it.”

On privatisation of British Coal in 1994, an arrangement was made between the Government and the trustees of the Mineworkers Pension Scheme (MPS) on future arrangements for pensions from these schemes after privatisation.

The Government guaranteed that any pension earned up to privatisation would not fall in cash terms, but any surplus would be split between the Government and the scheme.