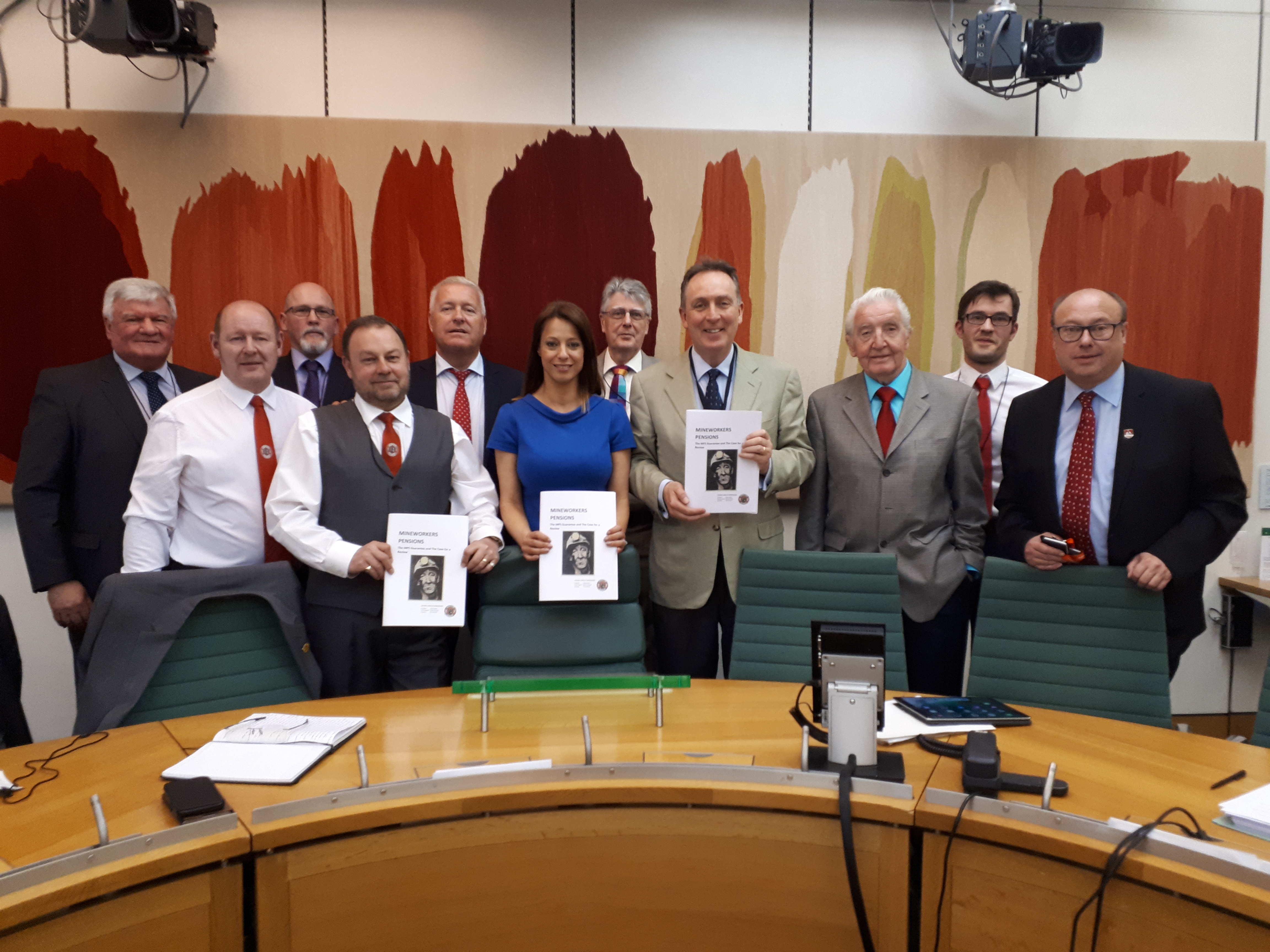 Nick Smith MP joined other coalfield colleagues to meet with mining union leaders and work on a better pension deal for ex-miners.

The Blaenau Gwent MP met with the chiefs of the National Union of Mineworkers to discuss the latest report into the Mineworkers Pension Scheme.

The current arrangement sees the government and pensioners share any profits made by pension investments on a 50/50 split.

The Treasury has banked an incredible £3.4 billion from this arrangement since 1994 without ever having to pay in a penny as guarantor.

The independent report, commissioned by the NUM, put forward several alternative surplus sharing arrangements for the MPS, which would see members receive improved pensions while still remaining attractive to the government as scheme guarantor.

Mr Smith secured a debate on the issue in Parliament in December, where he said the Government should “do the right thing by retired mineworkers and their families.”

Speaking after the meeting, Nick said the report had spelled out that it was time for the Government to take a serious look at this issue once more.

“Mining was a big part of my family. I know what my three collier uncles went through to keep the family warm and fed”, he said.

“This country was built on the backbone of industry and, though those industries may be gone, that doesn’t mean we should not respect that legacy.

“As I said in Parliament, The time has come for a better way to help the trustees support our communities.

“This is the miners’ money. They earned it through years of hard work at the coalface, and they deserve a better and fairer share of it.”

Labour MPs, the NUM and the trustees of the scheme are all committed to renegotiating the terms of the MPS pension agreement.

Further meetings between MPs and both the trustees and government ministers will be arranged in the coming months.