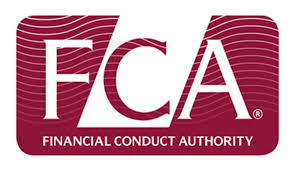 Nick Smith MP has welcomed a watchdog’s plan to cap sky-high interest rates from rent-to-own retailers -; but called on them to now ensure hard-pressed families get the relief they deserve.

The Blaenau Gwent MP challenged the Prime Minister to consider a cap on the charges from companies such as BrightHouse back in December 2016 and has since been putting pressure on the Financial Conducts Authority to replicate their successful capping of payday loans.

Now an FCA report released today accepts the problems with the sector are “sufficient in principle to consider a cap on rent-to-own prices”.

They will be consulting on this proposal, including the impact of the cap and how it would work, and if the assessment supports a cap they’ll aim to introduce it by next April.

However, the report also says they are “open to other options” and doesn’t extend the cap to the doorstep lending market, which the Citizens Advice Bureau says is where a lot of the damage of rent-to-own agreements and refinancing occurs.

Speaking after the report release, Mr Smith said it was welcome news that after long-standing reservations about a cap, the FCA are taking the proposal seriously -; but they must now follow through and clamp down on eye-watering interest rates.

“This is a big step forward after a long wait for action and a lot of campaigning from myself and others to almost drag the FCA kicking and screaming to this conclusion,” he said.

“We’ve seen debt slashed from payday loans after a cap was introduced and the FCA must now be diligent and produce a solution that’s fit for purpose.

“I don’t want people in Blaenau Gwent caught in a debt trap because they can only afford small weekly payments. There’s room in society for a service that helps people without punishing them with ridiculous mark ups.

“For many, next April is a long time away. Families up and down the country who have to wait nearly a year longer, accumulating more debt every day, deserve a solution that is comprehensive and loophole free.”

He has been putting pressure on the Government to give the FCA the powers needed to regulate the sector after a BrightHouse shop in Ebbw Vale was found to be charging a total of £780 for a £280 cot.

Editor’s note: the full report can be found at https://www.fca.org.uk/news/press-releases/fca-publishes-outcome-high-cost-credit-review