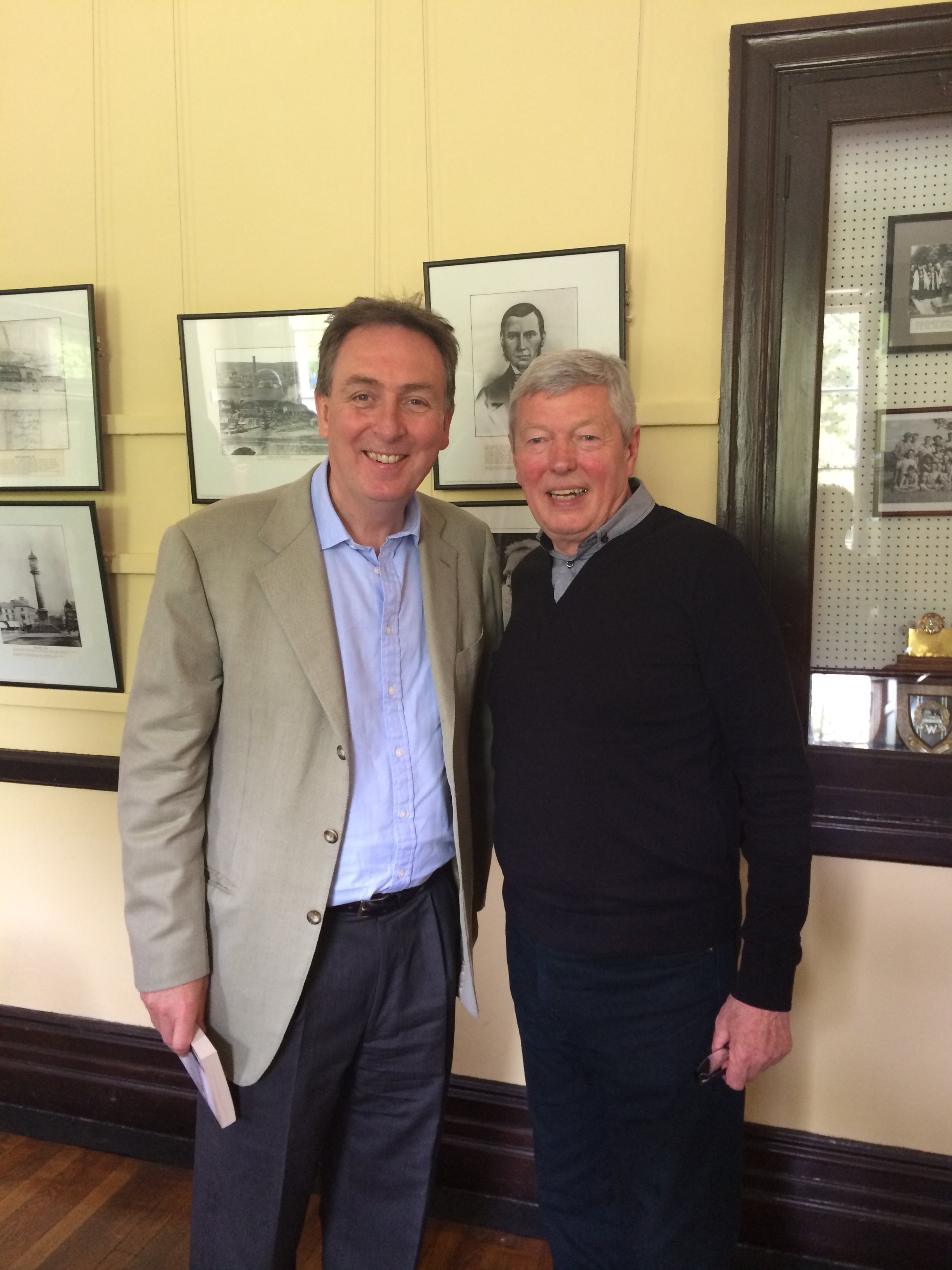 A leading national politician and successful author dropped in to Blaenau Gwent over the Bank Holiday.

Alan Johnson MP entertained an audience at Bedwellty House and Park with readings from this award-winning autobiography, “This Boy”.

The special event attended by the former Home Secretary saw “cash or can” donations going towards Blaenau Gwent food banks, with more than £180 raised alongside many food donations.

Nick Smith MP, who organised the event, said it had been a privilege to welcome Mr Johnson after his appearance at the Hay Festival.

He said: “It was a pleasure to be able to host one of the real authentic voices of British politics.

“His life story, from the slums of 1950s Notting Hill Gate to the forefront of the trade unions and a stellar political career, was a real treat to be able to share.

“Mr Johnson has always been a stalwart servant of communities such as ours and this was the latest in a long line of events proving that commitment.

“It was great to hear a politician at the top of his game, comfortable in his own skin and willing to tackle the tough questions.

“Bedwellty House and Park and everyone else involved deserve a big thank you for making the day an excellent one.

Alan Johnson MP served as Home Secretary from June 2009 to May 2010. Before that, he filled a wide variety of cabinet positions in both the Blair and Brown governments, including Health Secretary and Education Secretary. Until 20 January 2011 he was Shadow Chancellor of the Exchequer.