Nick Smith MP has pledged his support to carers across Blaenau Gwent as part of the national awareness campaign Carers Week, which runs from June 9 to 15. 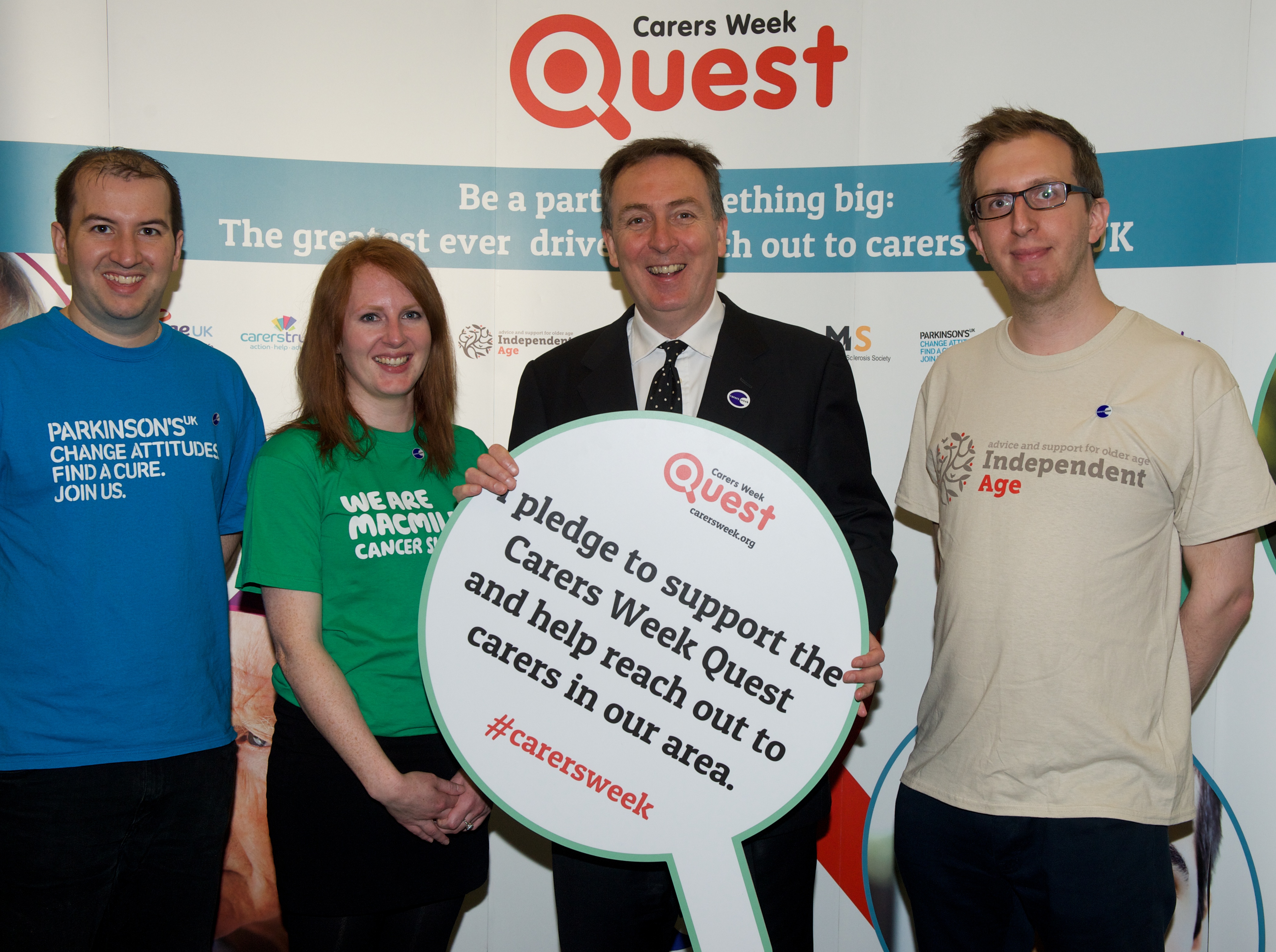 One in eight adults are carers, but the very nature of caring – of being there for a loved one facing ill health or disability – means too often people don’t identify themselves as carers and, therefore, miss out on support.

Without the right help and support, caring can have a serious impact on their physical and emotional health, work and finances.

Mr Smith said: “Carers make a hugely valuable contribution to society and they need support to carry on the work they do – without carers the UK would face a £119 billion care bill. That is why I am supporting this campaign to reach out to carers across Blaenau Gwent and help ensure they don’t miss out on support.”

Carers Week Quest 2014 is calling on individuals and organisations across the UK – including community groups, GPs, health and social care professionals, employers – to connect with families in their local communities who are providing care.

A spokesperson for Carers Week said: “By individuals and organisations working together during Carers Week we have a huge opportunity to help thousands of carers and get them support which can mean the difference between coping and crisis.”

Events will be taking place across the UK during Carers Week in June, to provide carers with advice, information and support with caring. To find out more about events in the area visit  www.carersweek.org

 Carers Week is an annual UK-wide awareness campaign which takes place to celebrate and recognise the vital contribution made by the UK’s 6.5 million carers. It is also a time of intensive local activity with thousands of events planned for carers right across the UK. In 2013 more than 2,600 organisations registered to take part in the campaign.

 Across the UK 6.5 million – 1 in 8 people – are caring for a loved one who is older, disabled, terminally or seriously ill. As the population ages, the number of carers is rising fast. By 2037 Carers UK estimates that the number of carers will have risen to 9 million.