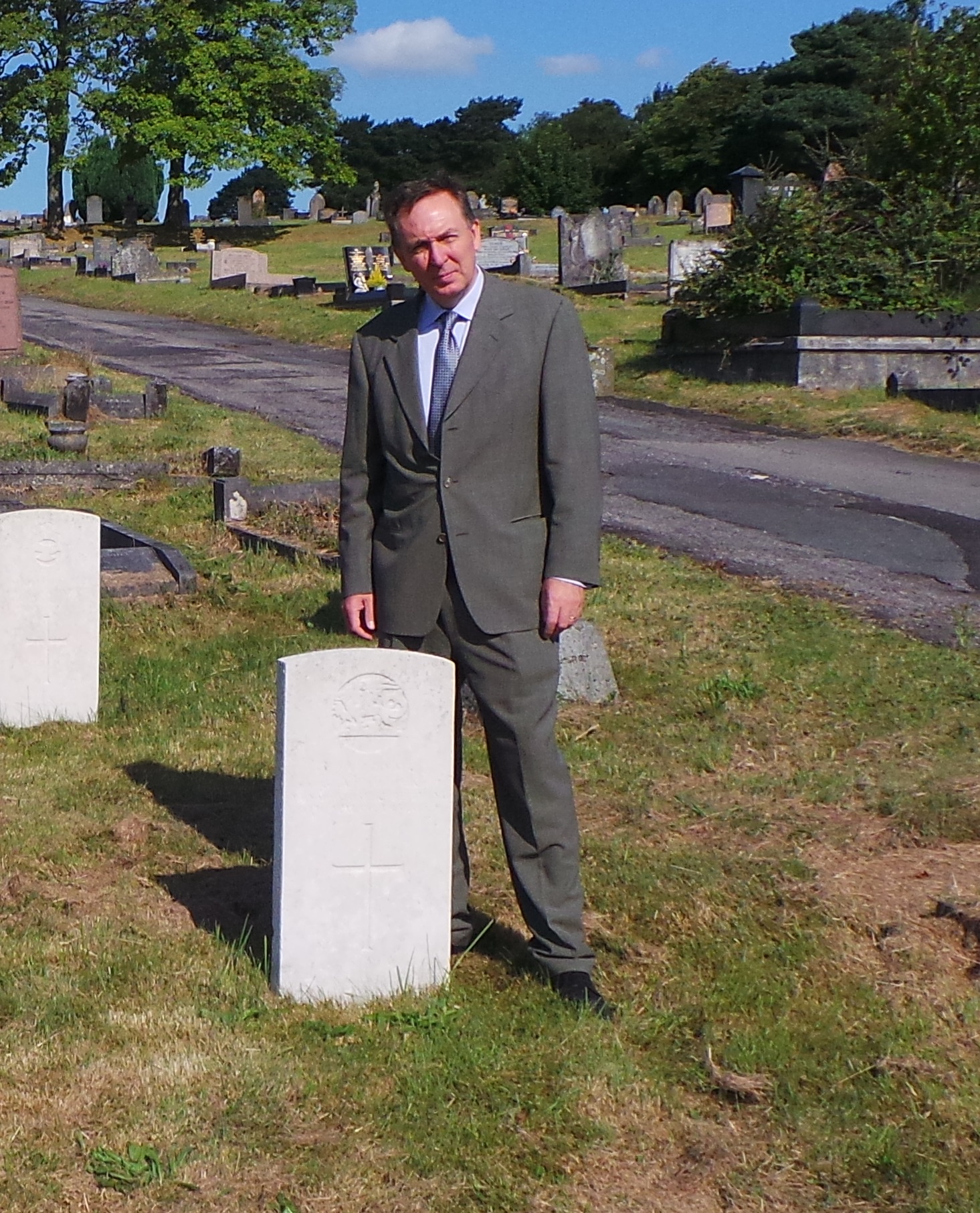 Nick Smith MP has paid his respects on the centenary of World War One with a visit to the gravesites of those who gave their lives to their country.

As part of the commemorations, Mr Smith joined Andy Knowlson, regional representative from the Commonwealth War Graves Commission, at Ebbw Vale Cemetery for a guided tour.

The Commission work overseas on the gravesites of those who fell in war, and also work locally with families on the care, design and maintenance of the graves.

Speaking after the event, Mr Smith said he was pleased to have been given the opportunity to hear the personal stories of World War One in Blaenau Gwent.

“I was left with many poignant thoughts including those of a 16 year old boy who died and two brothers who were interred together”, he said.

“Everyone from the Monmouthshire regiments and South Wales Borderers, to those serving in the medical and pioneer corps are represented here among the close to 30 graves.

“Many of the grave sites here were for the thousands of men who died before they got to the front, whether that be preparing for trench warfare or the dangerous forays into air combat.

“Our borough has always been intrinsically linked with those serving their country, which the tour really hammered home. It gave me a new appreciation of it all and I’m very thankful for that.”

2014 will mark 100 years since the outbreak of the First World War. This year is the start of a four-year programme of local, national and international events to commemorate the events that took place between 1914 and 1918.

There are over 13,000 Commonwealth War Graves and Memorials in the UK, commemorating over 300,000 men and women who lost their lives whilst serving for Britain during the First and Second World Wars.