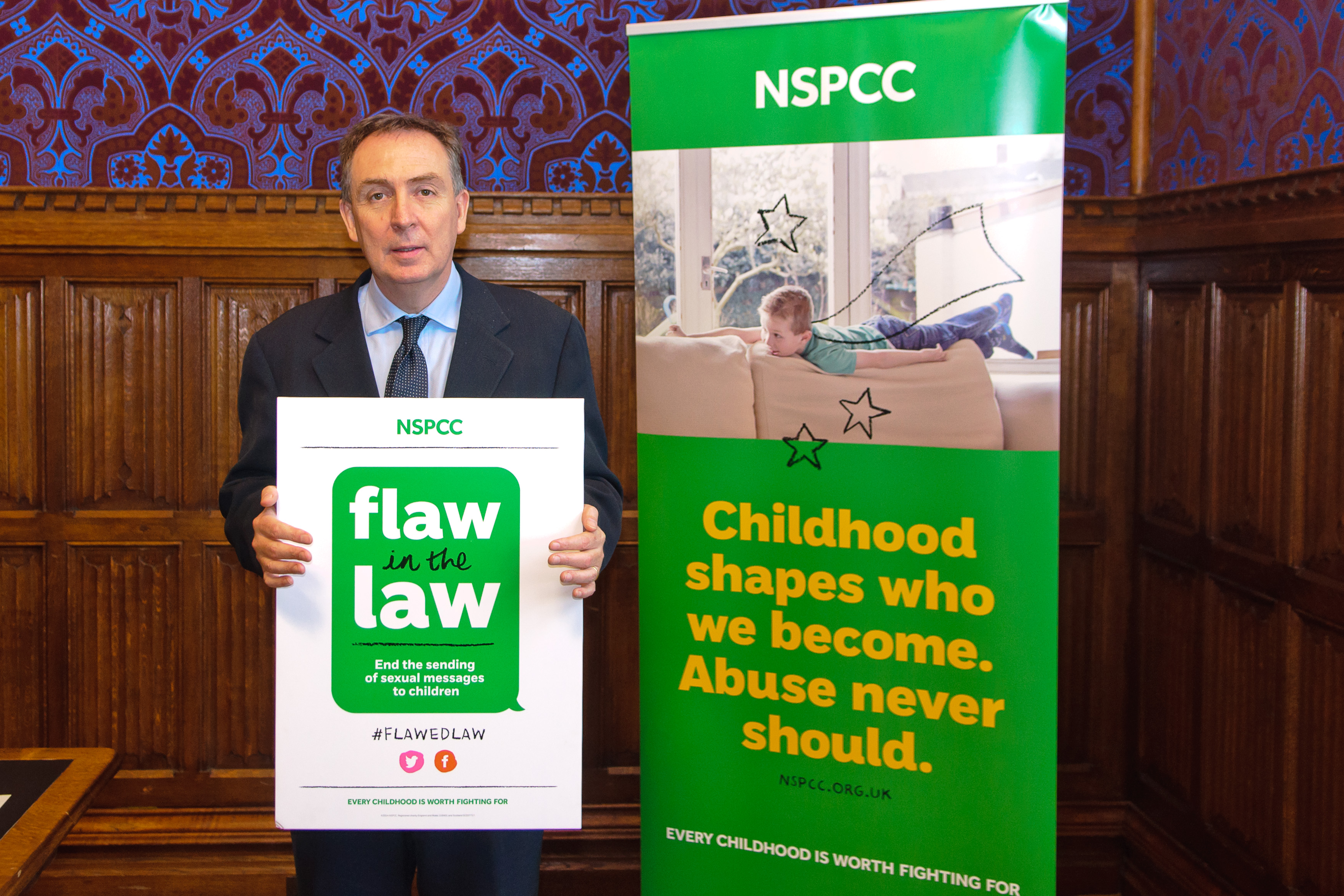 Nick Smith, MP for Blaenau Gwent, is lending his support to an NSPCC campaign to make it a crime for an adult to send a sexual message to a child.

The former campaign manager for the charity is backing the Flaw in the Law campaign, which is calling on the Government to introduce a new offence so that it is always illegal for an adult to intentionally send a sexual message to a child.

The campaign is seeking an amendment to the Serious Crime Bill, which is soon due to receive its Second Reading in the Commons.

Speaking as the charity called for more people to sign the petition at www.nspcc.org.uk/flaw, the Blaenau Gwent MP said the law just hadn’t kept up with the way abusers used the internet.

“From my time at the NSPCC I am all too aware of the horrible abuse children can suffer at the hands of adults”, he said.

“At the moment online grooming, where sex abusers can fish for victims on social networks, chat rooms and in gaming, doesn’t come under the law if there is no intention for the abuser to meet a child.

“But if it was a crime, the police could step in far earlier in the process and prevent grooming before it escalates.

“I urge everyone to sign the petition and send the Government a message that it should always be illegal for an adult to send a sexual message to a child.”

The NSPCC’s campaign comes as ChildLine, a service run by the NSPCC, saw a 168% increase in the number of children counselled about online sexual abuse last year.

NSPCC national head of service for Wales, Des Mannion, said: “We are very grateful to Nick for supporting the Flaw in the Law campaign. We want legislation to keep up with technology and offender behaviour in order to properly protect children.

“We shouldn’t have to wait for an offender to meet a child before the law steps in.  Without clarity in the law, vital opportunities to stop abusers grooming young people online are being missed and in many cases the police and powerless to act.”

“The Serious Crime Bill now being debated in Parliament provides a timely opportunity to introduce a new offence to better protect children online and we hope MPs and the public will back the campaign calling on the Government to do this.”

Anyone looking for advice about keeping children safe online, or concerned about the safety and welfare of a child, can contact the NSPCC’s 24-hour helpline on 0808 800 5000 or email help@nspcc.org.uk

Children worried about online safety or any other problem can call the free, 24-hour helpline on 0800 1111 or get help online at www.childline.org.uk