Celebrating Nye Bevan and the NHS 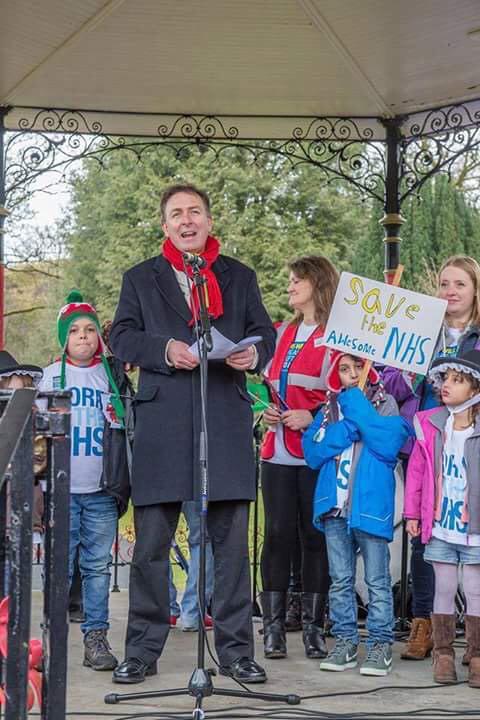 Nick Smith MP joined hundreds of campaigners including actor Michael Sheen and fellow MP Huw Irranca-Davies in a celebration of the NHS in Tredegar on St David’s Day.

Here is a transcript of his speech:

Friends there are 3 things I want to talk about today:

It’s a political cliché that we stand on the shoulders of Giants. But when you’re the MP for Blaenau Gwent, there was never a truer phrase. Nye Bevan’s role after World War 2 in setting up the NHS was gigantic. Our country had just come out of a bloody conflagration against the Nazis. We were nearly bankrupt. Our resources had been shaped to produce armaments and supply food for total war

Yet, out of the ashes of war and an exhausted nation, Bevan had the vision and energy to set up a new national institution to care for all our health. He persuaded his labour colleagues and Parliament of the need for one national body to care for us from cradle to grave. He took on the Medical establishment so they accepted his model for care. He laid the foundations in that post war Labour Government, for a health body which is regarded as the best in the world.

My wife is a Darlo mum, and as the MP for that town, a good friend of the brilliant campaigners who have travelled many hundreds of miles to be with us today. In recent years they have criss-crossed the UK highlighting the Tories backward changes to the NHS in England. An NHS re-organisation so big, with changes so great, the NHS CEO said you could see it from space Their energy has been inspiring -; their impact has been high.This campaign has struck a chord with us here in Wales. An MPs postbag is many and varied.  I get letters on topics ranging from potholes to space travel.

Yet, the biggest weight of letters I have received in recent years was from BG residents complaining about changes to the NHS in England -; such is our support locally for their campaign. The key to their success is that of taking their message to the people. To places such as this, where we can hear about the profound changes being made to a service which is the heart of our society.

Every time I think about the NHS I am amazed by its brilliance, its size and complexity, how it cares for us as individuals. As the MP around here, every day I hear stories of the miracles performed by NHS staff for local people and I see the importance of it for our country. Since Bevan’s introduction of the NHS at the despatch box in parliament it has grown and become woven into all our lives:

It’s a fantastic example of the good society. So, in the future, let’s make sure we defend our NHS.  Let’s tell those who wish to undermine our NHS that we shall fight them at every turn. Let’s thank the staff, the doctors, nurses, physios and paramedics for how much we value their work. Let’s share with our neighbours and friends what a great job it does

Finally, let’s be proud of our town. Our Tredegar medical aid society and our friends and neighbours here today who stand up for our NHS. 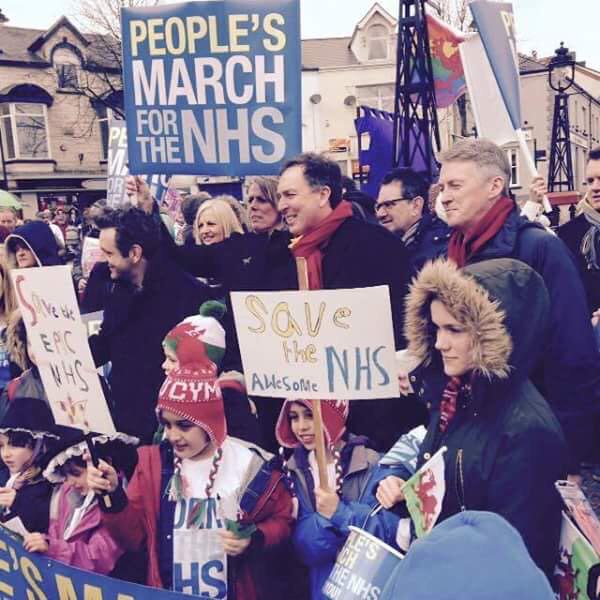