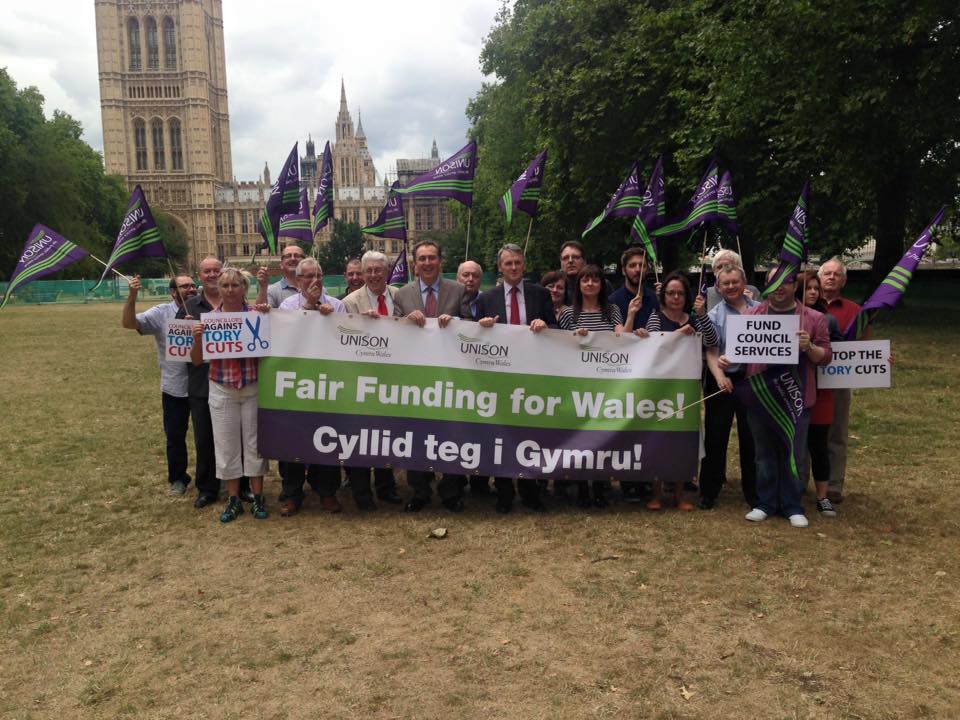 Nick Smith MP has attacked the Tory Government’s latest budget as an attack on low paid workers as tax credits were slashed.

More than three million working families will be worse off as the Chancellor’s budget cuts were revealed, cuts that will wipe out any gains from raising the Minimum Wage.

A family with one earner on average earnings and two children will lose over £2,000 in tax credits next year from the changes announced.

It headlines a budget that failed to address the country’s sluggish growth and £34bn of uncollected tax.

The Blaenau Gwent MP, who met with Unison delegates from the borough protesting against the Tory squeeze on local government budgets, said it wasn’t the budget that working people needed.

“Cutting tax credits is huge and goes against everything the Tories have trumpeted about getting people into work”, he said.

“This punishes workers on low and even middle incomes for doing their bit.

“They talk about raising the Minimum Wage, which is welcome, but it is far from a living wage and is wiped out by tax credit cuts.

“A couple with two children where both work full time at the minimum wage will gain £1,560 from the change to the wage.

“But they will lose over £2,200 from changes to tax credits and not benefit from the National Minimum Wage measure.

“It’s giving with one hand and clawing back with the other.

“Lower earners need support, not being punished for working.”

Hedley McCarthy, Leader of Blaenau Gwent Council and part of the delegation to Westminster, said teamwork was now essential to fight cuts.

“It is important that local government and the unions come together in a campaign to defend jobs and services in the face of continuing austerity.

“We remain committed to protecting both public services and the most vulnerable in society”.