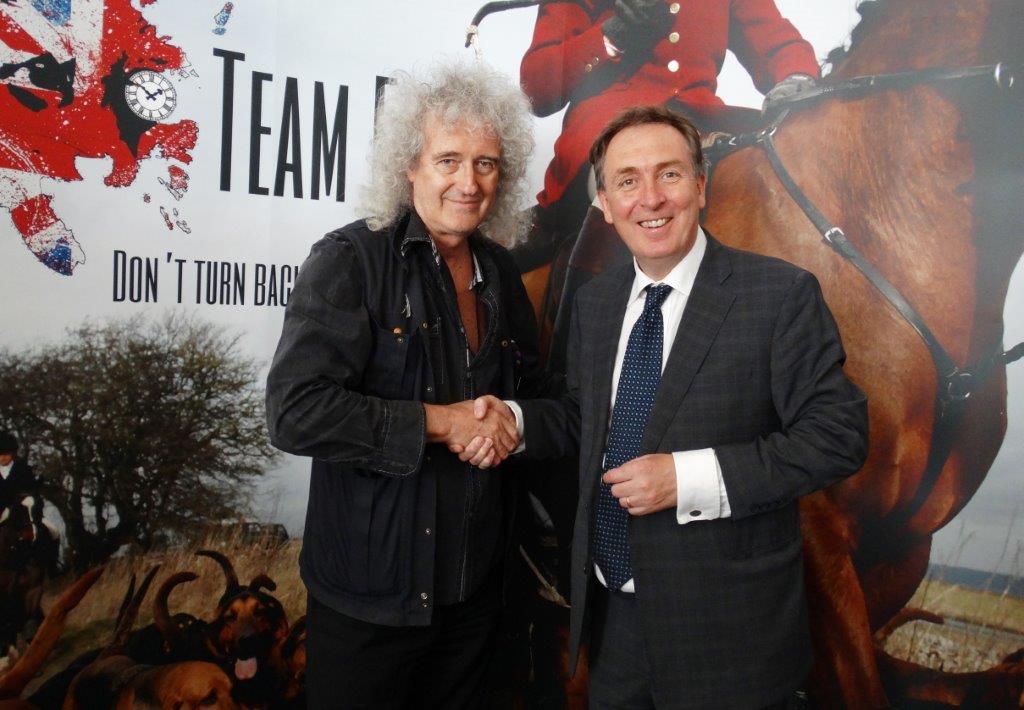 Nick Smith MP recently joined forces with Team Fox and Dr Brian May in fight to keep the ban on hunting in placeahead of Wednesday’s vote.

The Blaenau Gwent MP and Brian May, well known animal welfare activist and Queen guitarist, met last week to discuss the Conservative plan to make changes to the Hunting Act.

The pair have pledged to work together to battle for animal welfare and keep the ban on hunting in place during this parliament.

Speaking after the meeting, Mr Smith said he was “delighted” to be working with Brian and Team Fox in the fight for this important cause.

“During the meeting we spoke about politics and Parliament, but most of all about our need to maintain the Hunting Act and champion animal rights here in Parliament.

“I will vote against any legislation to repeal or weaken the 2004 Hunting Act and will encourage colleagues to do the same if the government brings forward the promised free vote on repeal.”

The Hunting Act, which came into force in 2005, bans the hunting of wild mammals including foxes, deer and hares with dogs. It has proved to be the most successful wildlife legislation passed by Parliament, with over 400 prosecutions to date.

Brian May, besides being an astrophysicist and a Queen guitarist, also runs his own animal rights charity, the Save Me Trust, named after the Queen Song that he penned. The charity campaigns for the protection of all animals against unnecessary, cruel and degrading treatment. He was appointed vice-president of animal welfare charity the RSPCA in 2012.