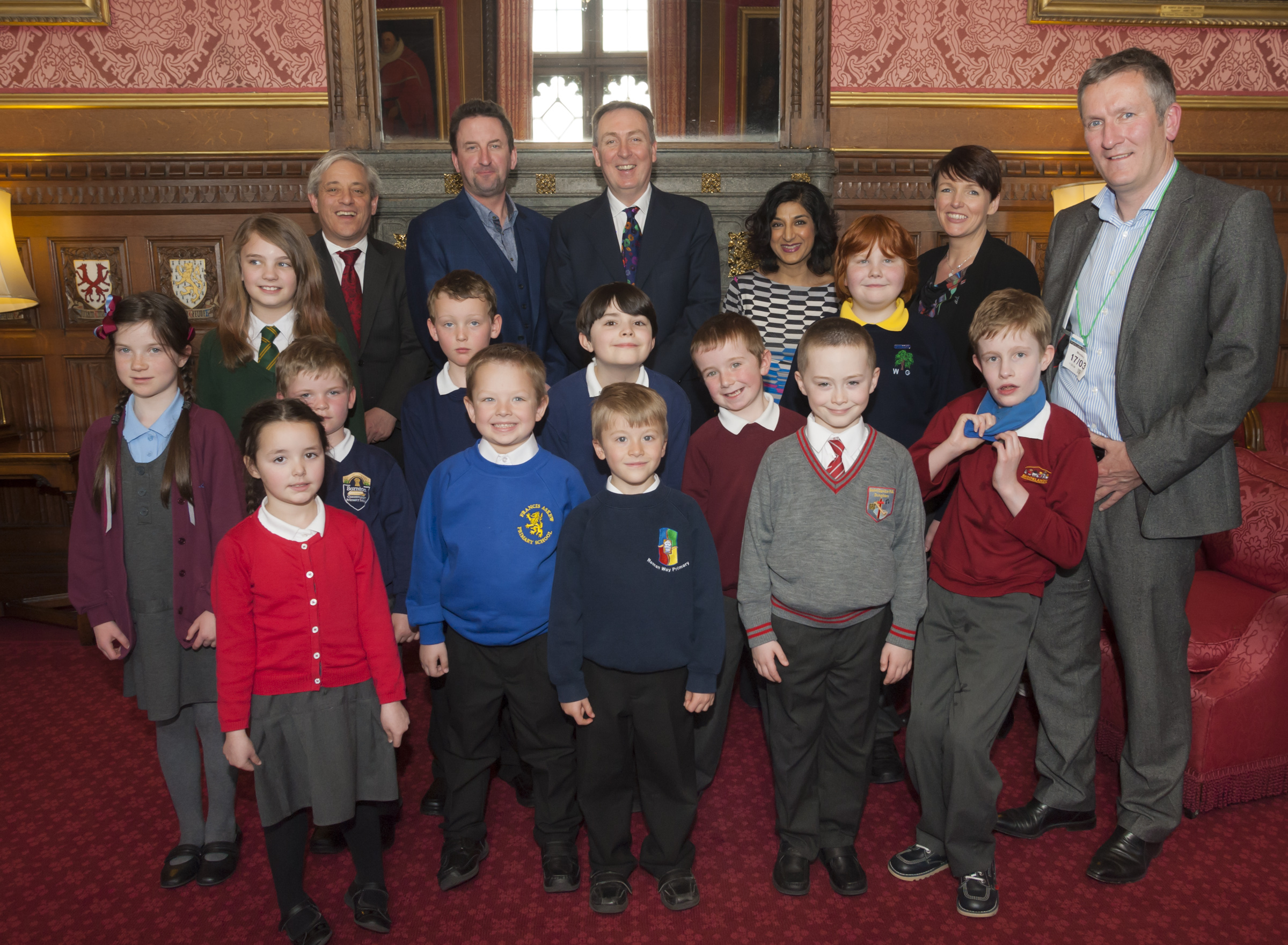 Nick Smith MP is calling for the jokers of the classrooms to be heard as he comperes this year’s Voicebox finals in Westminster.

Run by the Royal College of Speech and Language Therapists, the children’s joke competition sees schools across the country submit their favourite jokes -; with the shortlisted winners invited to a grand final at Speaker’s House in Westminster on 2 March 2016.

The Blaenau Gwent MP, who was formerly a director at the RCSLT, will go from MP to MC on the day as he leads the proceedings, which have now been opened up to secondary schools as well as primaries and SEN schools.

Speaking at the launch of the event, Mr Smith said it was a great way to give children confidence that they might be lacking otherwise.

“It was fantastic to see the children give it their all at last year’s finals and you can see the difference it makes for them if they have difficulties with speech”, he said.

“It would be extra nice to see a Blaenau Gwent entrant at the final too, so hopefully our schools will be getting involved for something that’s really fun for everyone involved.”

RCSLT CEO Kamini Gadhok MBE said: “The aim of Voice Box is to remind people that in every classroom, there are children who need support to help them speak and understand what is being said to them.

“By helping the children to resolve their speech, language and communication difficulties, children become more receptive to learning, are better able to handle social situations and can develop emotional maturity and better behaviour.

Visit www.givingvoiceuk.org/voiceboxwestminster to download the online toolkit with everything you need to run your own Voice Box competition.