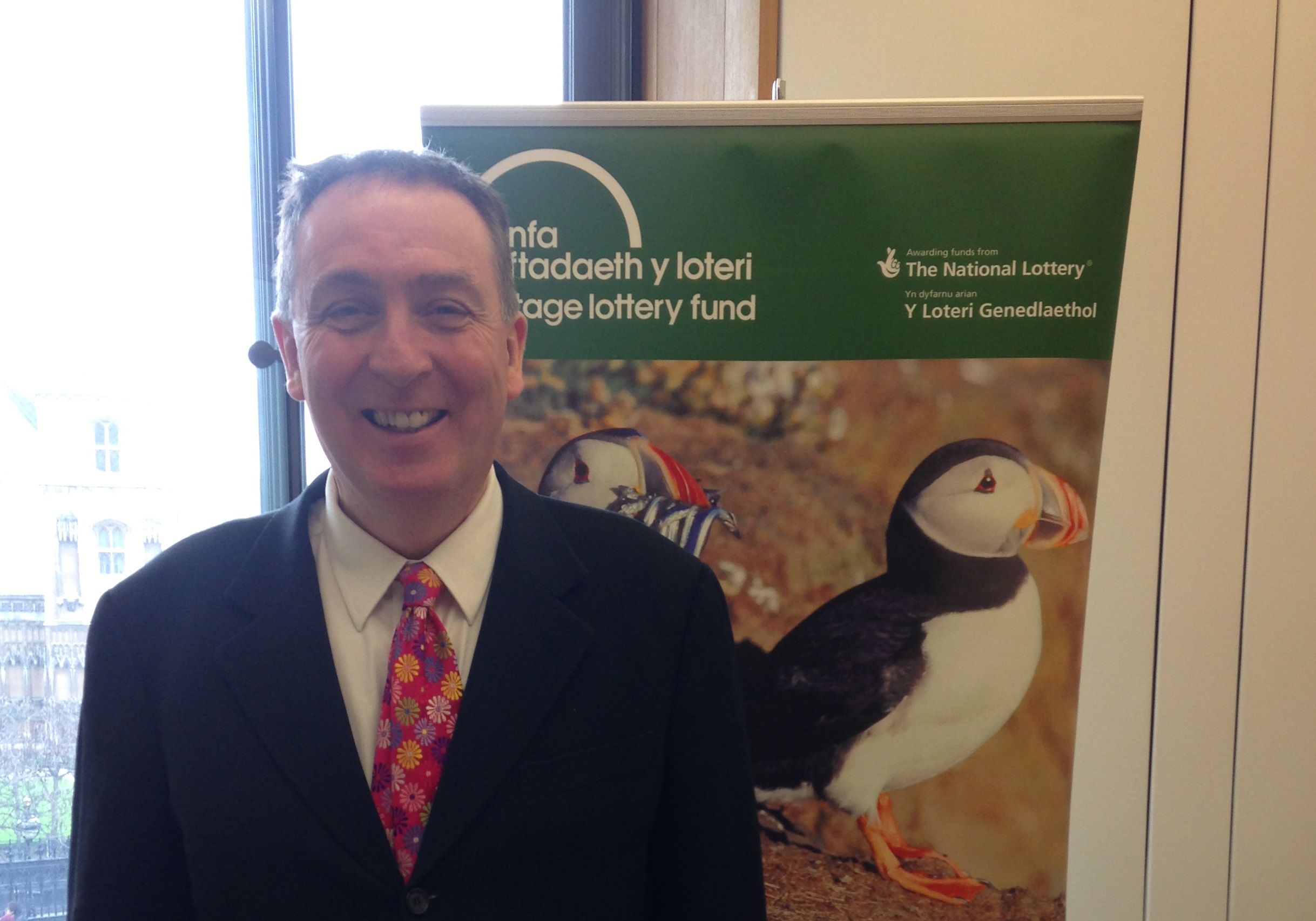 The Heritage Lottery Fund has awarded more than £7m to projects in Blaenau Gwent since 1998, helping everything from Abertillery & District Museum to Tredegar’s “Made in Blaenau Gwent” film project.

Now with the Centenary of the First World War reaching its mid point, Mr Smith is urging constituents to boost their community projects by applying for a piece of the £1m available for 2016

The Blaenau Gwent MP said: “We have a rich tradition of serving in the Armed Forces in Blaenau Gwent, and I am always immensely proud of how our community marks remembrance events throughout the year.

“I’m delighted that the Heritage Lottery Fund is making this money available to local communities.  For those who want to find out more about its legacy or who wish to mark the Centenary, I would urge them to get in touch with HLF.”

Nick attended a Heritage Lottery Fund event in Parliament that showed how HLF supports projects across the UK that focus not just on the events of 1914-;1918 but also on the lasting changes the war brought about.

It provides grants of £3,000 to £10,000 enabling groups right across the UK to explore, conserve and share their First World War heritage and deepen their understanding of the impact of the conflict.

Since April 2010, HLF has awarded over £70million to more than 1,300 projects -; large and small -; that will mark the Centenary of First World War.

If a group have a project idea to mark the Centenary of the First World War, an online application pack is available http://www.hlf.org.uk/ThenAndNow.