Nick Smith is host for Voicebox finals in Parliament 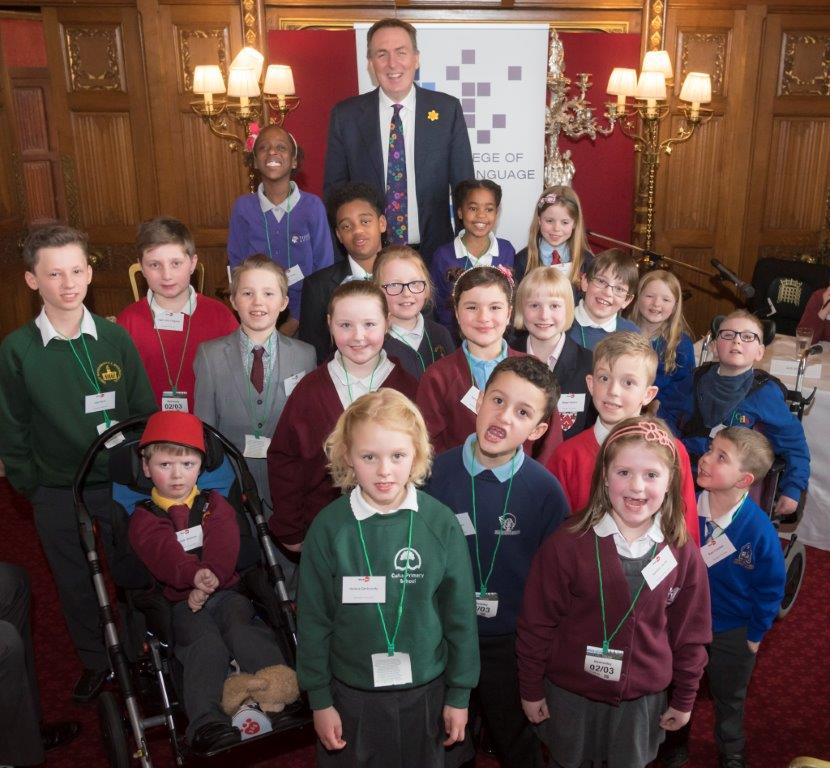 Nick Smith MP was the master of ceremonies for the next generation of jokers at a Parliament competition.

Twenty made it through to the final for the annual competition at Speaker’s House, Westminster in London.

Organised by the Royal College of Speech and Language Therapists and partnered by The Communication Trust, it aims to remind people that there are children in every classroom who need support to help them speak and understand what is being said to them.

Speaking after the event, Mr Smith, who returned as the host after last year’s event, said it was great to support such a worthy cause.

“As a former Director at the RCSLT, I got to see first-hand some of the good work being done to raise awareness that some children need early help with communication”, he said.

“It’s fantastic to see these youngsters have the confidence to stand up and tell their jokes, and it’s up to all of us to make sure they have that confidence.”

John Bercow, Speaker of The House of Commons, said: “I am delighted to be able to host this wonderful event for the second year running. It is extremely important that children with speech, language and communication needs receive the support they require to reach their potential.”