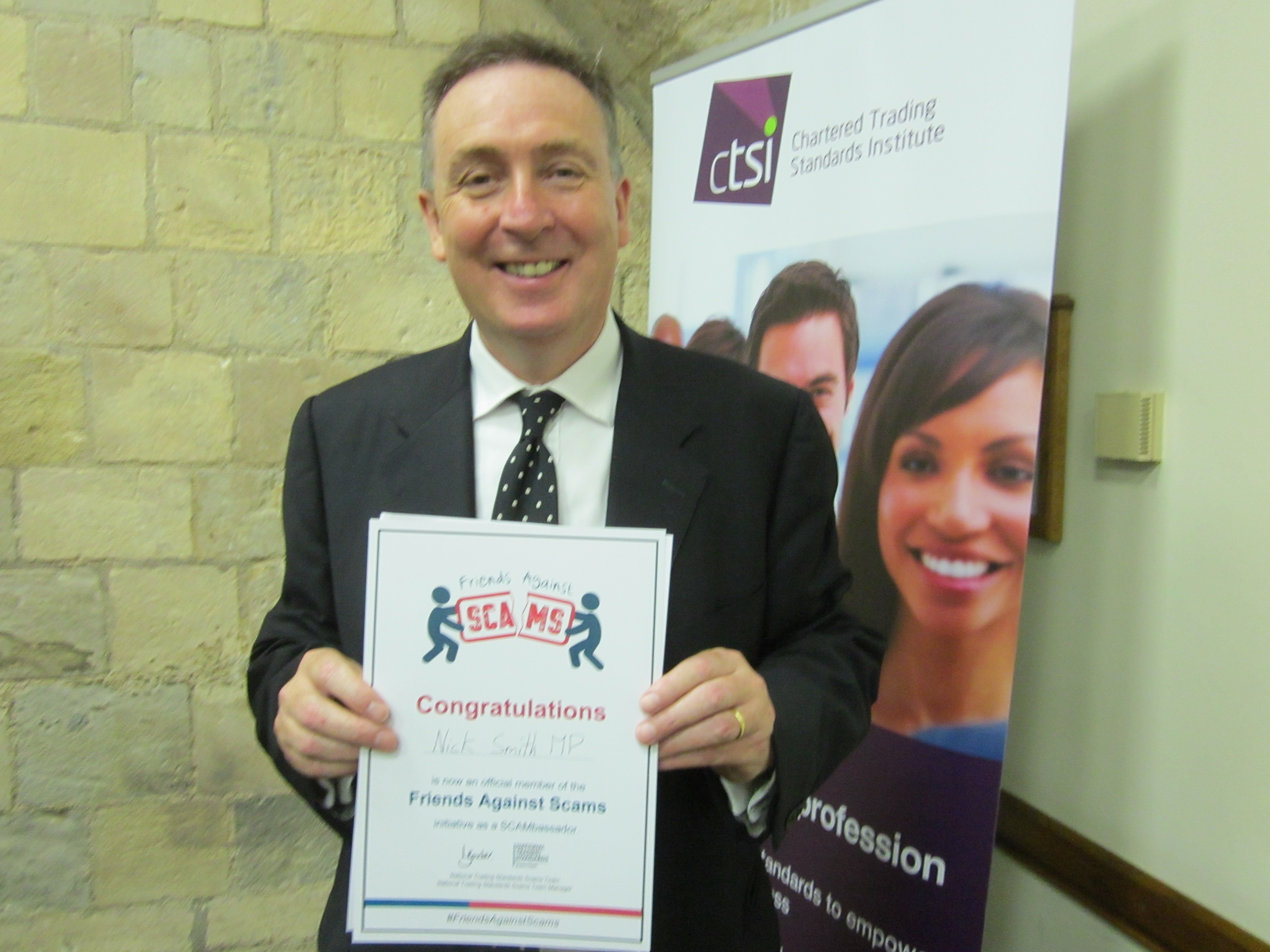 Nick Smith MP is encouraging scam victims to come forward after a Trading Standards campaign revealed hundreds of crimes could have gone unreported in Blaenau Gwent.

Mr Smith is backing the Stand Against Scams initiative as they bid to tackle the £52bn annual bill in Britain’s finances caused by fraud.

Trading Standards revealed 38 Blaenau Gwent victims have lost £10,687 since 2013, with a further 197 potential victims that have been identified by the team in the area.

However, with 95% of scams going unreported, there are likely hundreds more victims in the borough.

The Labour MP has previously campaigned with Age Cymru to tackle doorstep scams, junk mailings and hoax calls, visiting constituents around the borough to help them protect themselves.

He said: “I am really pleased to support this initiative. Doorstep crime is such a troubling thing and it’s important to trading standards services tackle the various types of scams that so many people fall foul of.

“Although the average age of a victim in Blaenau Gwent is 69, people of all ages can fall for these con artists.

“It only takes one hoax that is too tempting and it can result in livelihoods being wrecked.

“I’d urge anyone who thinks they have been a victim to come forward”.

Leon Livermore, CTSI chief executive, said: “While it is often society’s most vulnerable that are targeted it is important to remember that anyone can fall victim.

“The impact is often heart-breaking and we know of people who have lost their life savings or even re-mortgaged their homes after becoming a repeated target.”

Louise Baxter, manager of the NTS Scams Team, said: “The tactics used by scammers leave victims socially isolated and ashamed of telling their friends and families what’s really going on behind closed doors.

“I would encourage all those that are interested in showing their support to join the campaign and be part of our #scambassador network which is already starting to grow.”

Anyone who thinks they have been the victim of a scam call Action Fraud on 0300 123 2040 http://www.actionfraud.police.uk/report_fraud