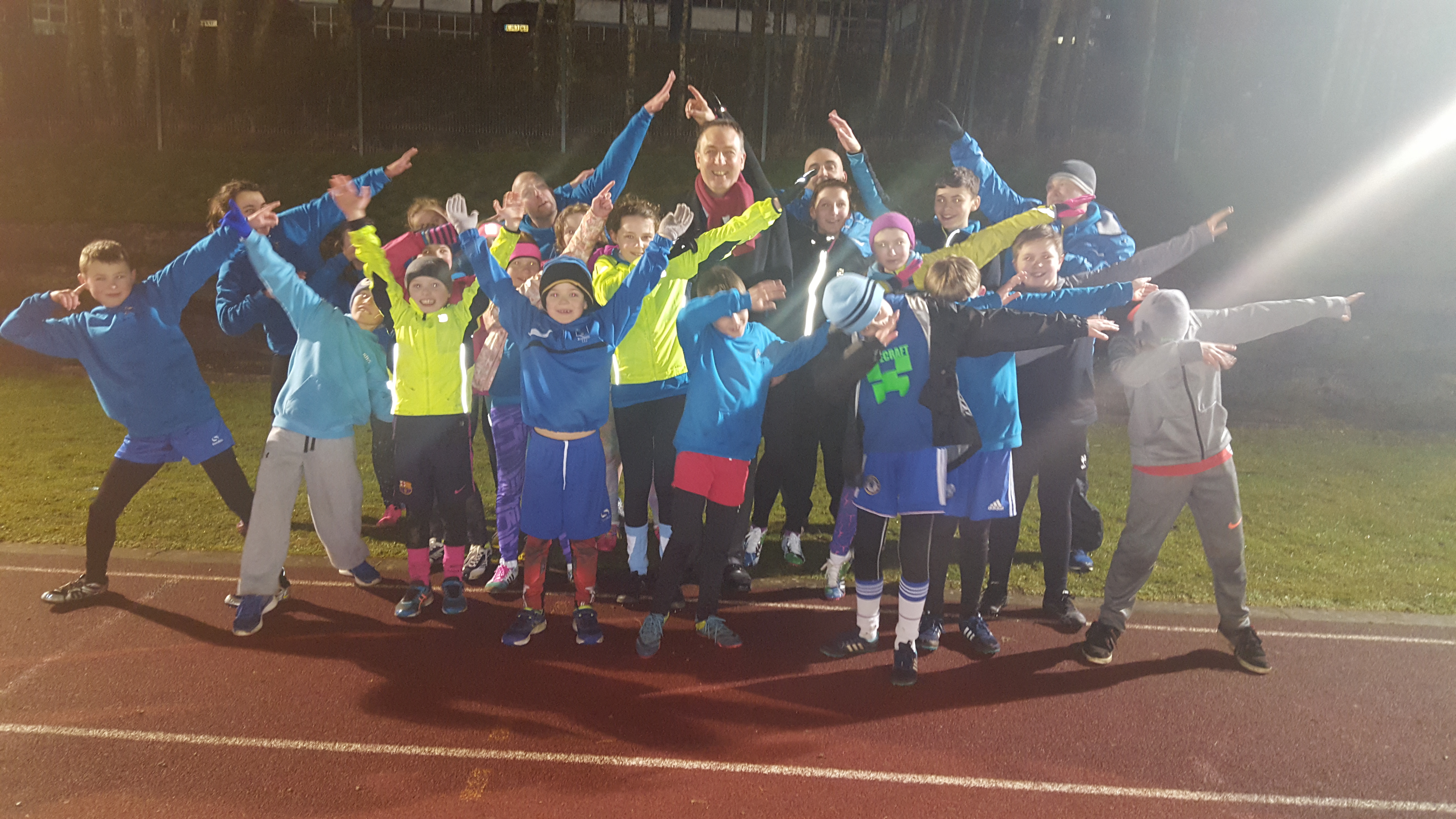 Blaenau Gwent Athletics Club now boasts a clutch of national standard competitors as its membership has swollen to 125 from humble beginnings nine years ago.

The Brynmawr-based club is ranked 7th in Wales and already has eyes on one day hosting track and field competitions to showcase Blaenau Gwent.

Mr Smith visited the club on one of their training nights at Brynmawr Comprehensive School and got to meet some of the young up-and-coming talents.

Emilie Davies (specialising in hurdles and sprints), Carrick McDonough (sprints), Phoebe Brown (javelin) all were awarded Welsh vests last summer for their specialised events, while the Under-11 girls cross country team has won most of the team gold medals available in all the cross country competitions this season.

Dean Turner, the Chair and Coach of BGAC, said their success was dependent not only on the dedicated coaching team but the committee members who volunteer their free time to help the club keep running.

“Without this club, the members would have to travel 10 or 20 miles outside the area, which many would be unable to do so”, he said.

“When members first join the club they may be unsure or feel unfit, but we help them build on their strengths and guide them through structured training plans, so they not only improve on their fitness but build their confidence and self-esteem too.”

Speaking after the visit, Mr Smith said it was good to see youngsters not only keeping fit but having the ambition to compete at the highest levels.

“I’ve been an advocate for good public health since becoming an MP so it’s cracking to see the club get stuck in with their training and competitions,” he said.

“All power to the elbow of Dean and his team for growing the club the way they have. I hope lots more people take an interest in future and I wish them every success.

Long term the club are looking to improve the facilities so that the athletes are able to experience a wider range of athletic events and take on the more established clubs. This will take a lot of sponsorship money, grant money and dedication from parents and any help would be appreciated by the club.

BGAC train four evenings a week, Mondays to Thursdays, 6pm to 7.30pm. They also have road running and core strength training incorporated into training plans which may be held on different days.