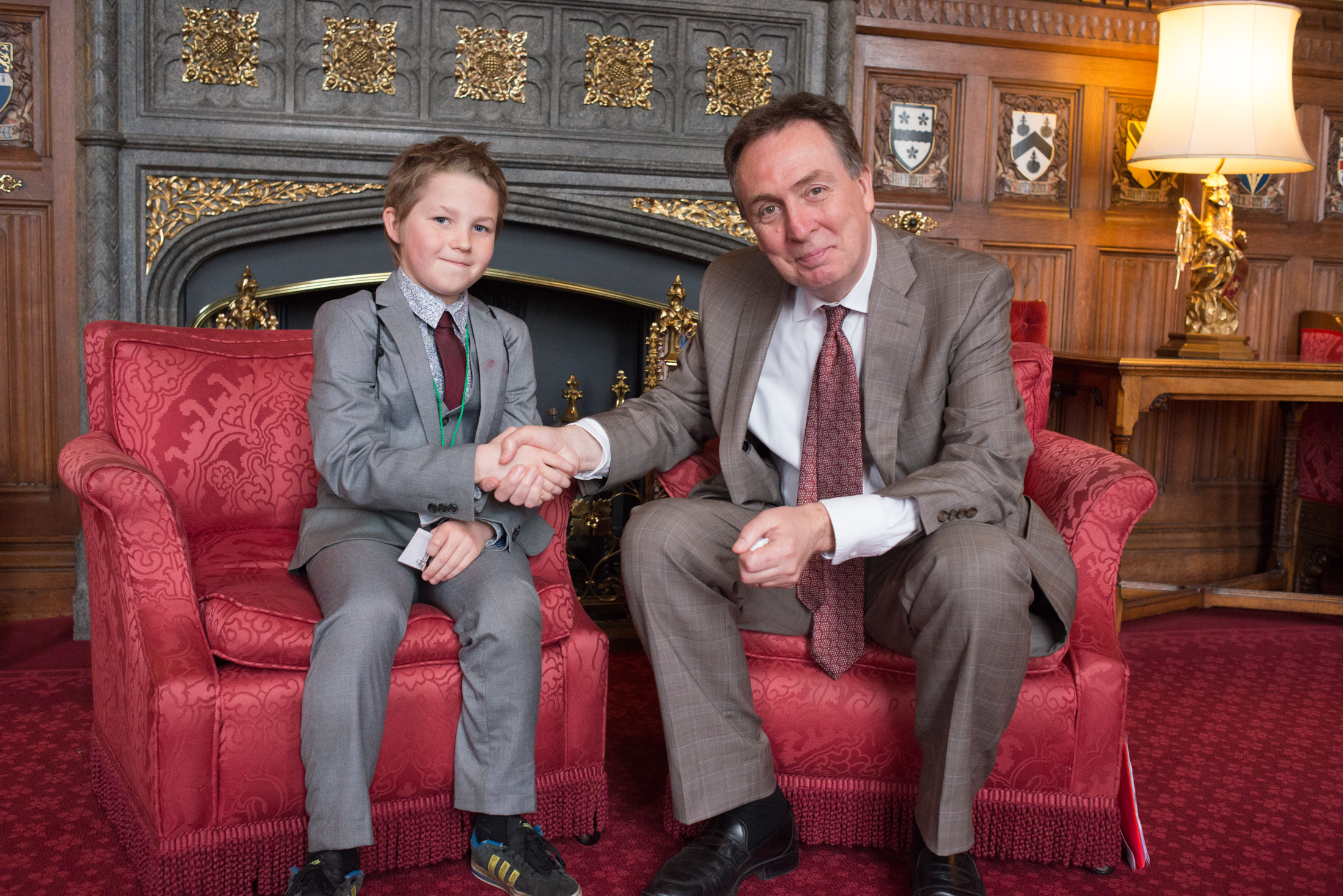 Nick Smith MP was joined by a junior joker this year as he returned to compere a Parliament competition.

Last year’s winner TJ Ball helped Nick with the judging this time around for the competition, organised by the Royal College of Speech and Language Therapists and partnered by The Communication Trust.

Voice Box aims to remind people that there are children in every classroom who need support to help them speak and understand what is being said to them.

Speaking after the event, where 20 children from across the country told their jokes, the Blaenau Gwent MP said it was great to support such a worthy cause.

“As a former Director at the RCSLT, it’s great to see these youngsters have the confidence to stand up in front of people and tell their jokes,” he said.

“It’s so important for support and help to be given from an early age  if children have trouble communicating so they have the best chance possible in life.”

John Bercow, Speaker of The House of Commons, said: “I am delighted to be able to host this wonderful event for the third year running. It is extremely important that children with speech, language and communication needs receive the support they require to reach their potential.”

RCSLT Chief Executive Officer Kamini Gadhok MBE said: “Speech, language and communication difficulties are the most common type of special education need in 4 -; 11 year-old children. However, with the right help and support, children can improve their social skills, peer relationships and self-confidence, and access education which is vital to improving their life chances.”