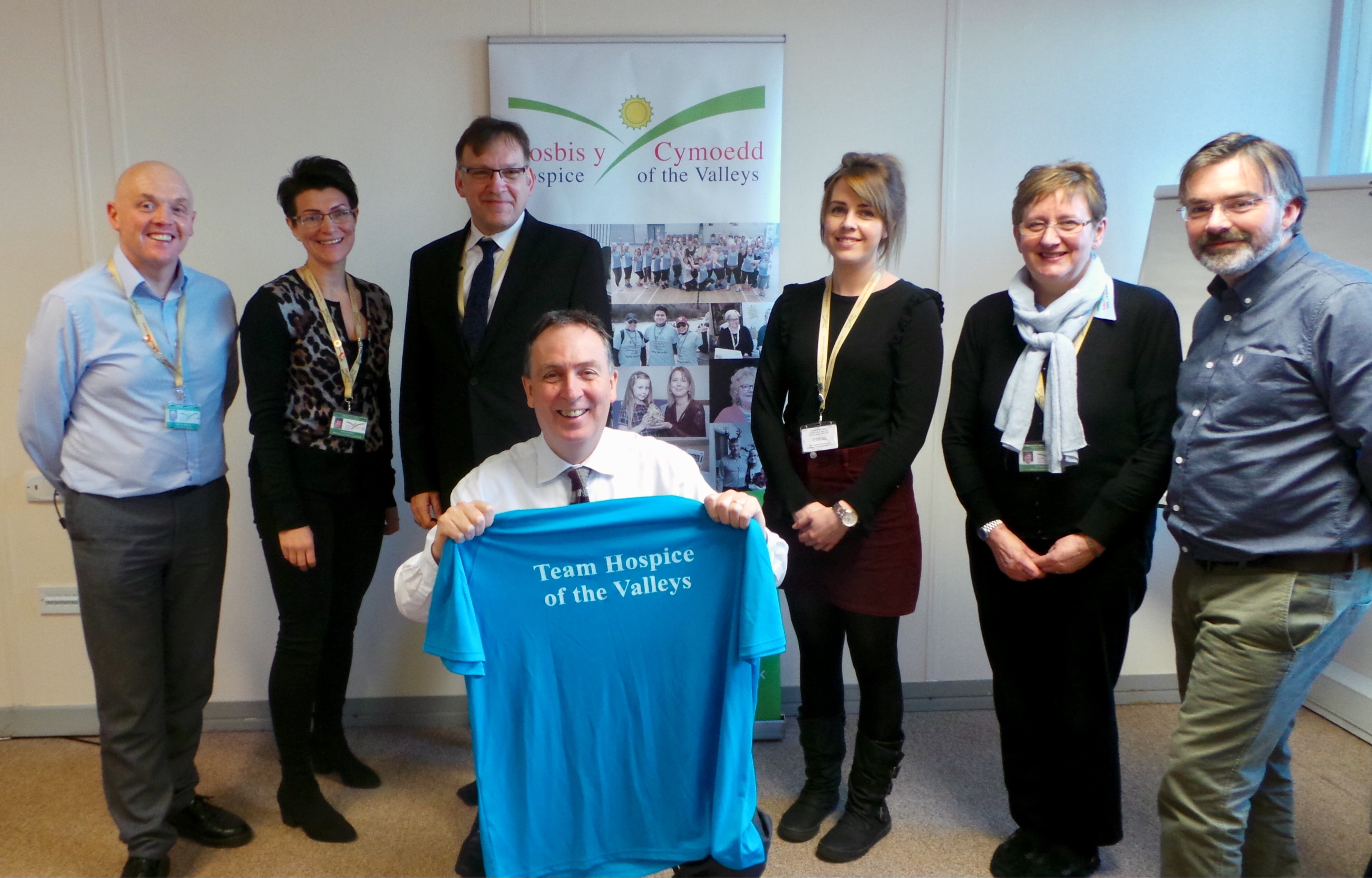 Nick Smith MP is swapping the corridors of Parliament for the streets of London as he prepares to run his first ever marathon for the Hospice of the Valleys.

The Blaenau Gwent MP will be taking on the 26.2 mile run to raise money for the borough-based charity, which provides palliative care to more than 500 people every year.

Mr Smith has been one of the regulars at Parc Bryn Bach’s Park Run for the last year, but has already been putting the hours in to make the step up to the April 22nd challenge.

Speaking at the launch of the fundraising drive at the Hospice, Mr Smith said he couldn’t think of better reason to put himself through the gruelling endeavour.

“I’ve already been out in the snow, rain and dark evenings to work my way up to this, The Hospice is a real treasure on our doorstep and deserves as much support as possible”, he said.

“They’ve touched so many lives across the borough and it’ll be a privilege to pound the pavements for them.

“I’m sure I’ll regret it a few hours in and it’s a big ask but it’s all for a very good cause.”

Grant Usmar, Chief Executive of Hospice of the Valleys, said: “It is great news that our local MP has chosen to run in the London Marathon in support of our work.

“I know that he has been training in all weathers and we look forward to cheering him round the course on April 22nd.

“We hope that people will get behind him and help raise sponsorship to support his efforts. Funds raised with be used to enable the Hospice of the Valleys team to continue to help hundreds of families across Blaenau Gwent.

“They will be able to provide care and support at the time when families need it most, when they are dealing with the consequences of living with a life-limiting illness.”

To donate to Nick’s London Marathon 2018 run for the Hospice of the Valleys, visit https://uk.virginmoneygiving.com/NickSmithLondon2018

The Hospice will also be holding a fundraising six mile race on the 22nd April at Parc Bryn Bach, Tredegar. For more information and to register visit http://hospiceofthevalleys.org.uk/event/six-mile-race-2018/