Campaigning for jobs, not the colour of a passport 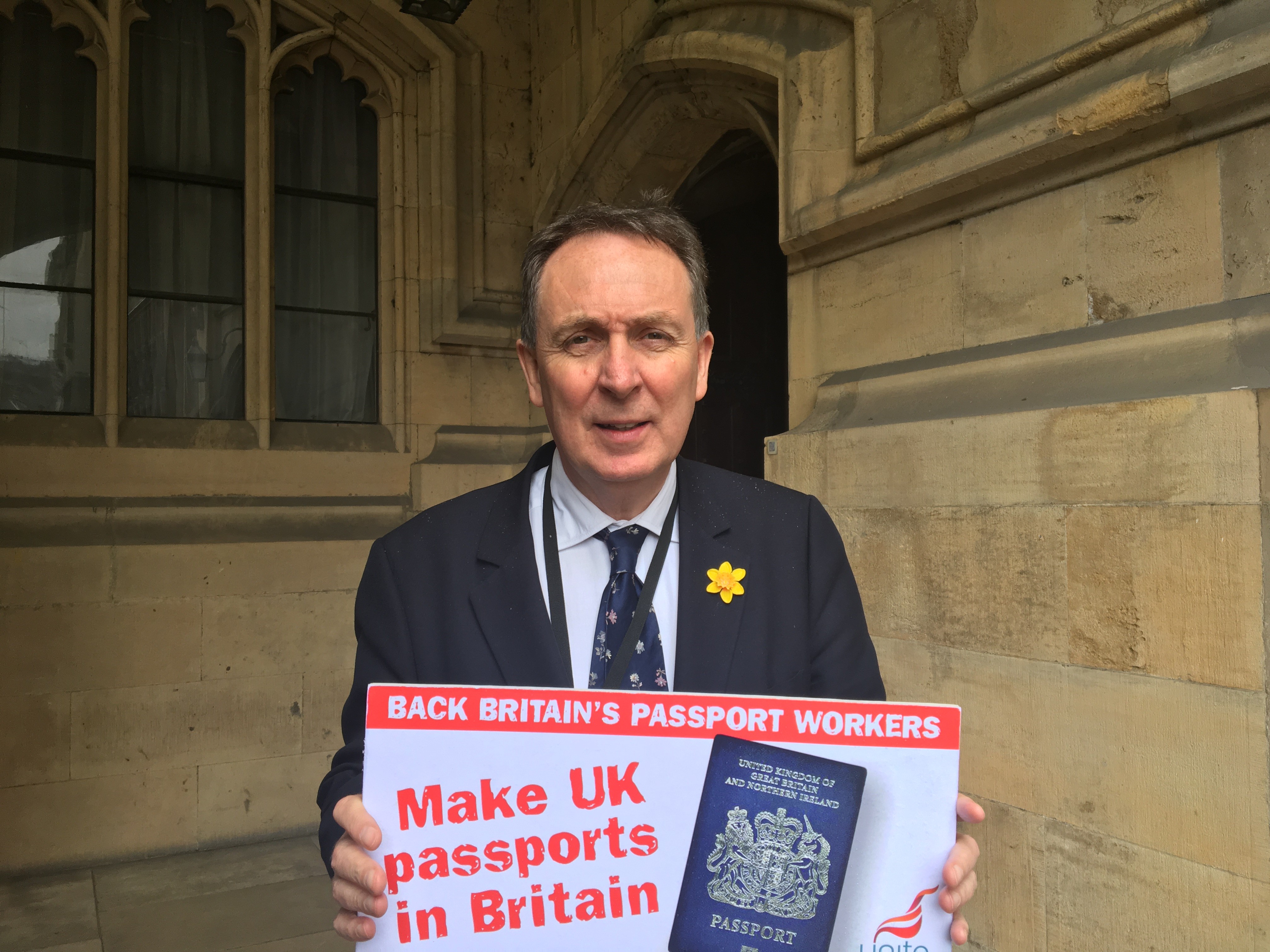 Nick Smith MP has called for the Government to prioritise jobs over the colour of a passport as a large Brexit contract looks set to go overseas.

The Blaenau Gwent MP joined colleagues in Parliament to show solidary with De La Rue workers who face an uncertain future if passport production is sent to France.

The government is preparing to award a £490m contract to produce the UK’s blue passports to a French competitor, putting at least 200 jobs at risk.

Speaking after the Unite-organised event, Mr Smith said the debate about passport colour was masking the real issue of fighting for good jobs in Britain.

“Whatever your vote at the referendum, I’m sure people in Blaenau Gwent agree with me that they want a Brexit that brings jobs to Britain, not loses them”, he said.

“The Government should be thinking about what message they are sending here when they celebrate something being blue instead of red, while British workers are shown the door.

“Our withdrawal from the European Union is the biggest challenge that we face and it is vital that we get a deal that works for all parts of the country, protecting jobs, living standards and people’s rights.”

Around 200 jobs are at risk but the union fears others will follow unless work is found for the plants which have produced the UK passport without a hitch for the past decade.

Unite has claimed that the contract winner Gemalto will not create replacement jobs, as their sites in the UK are not expected to take on the passport work.