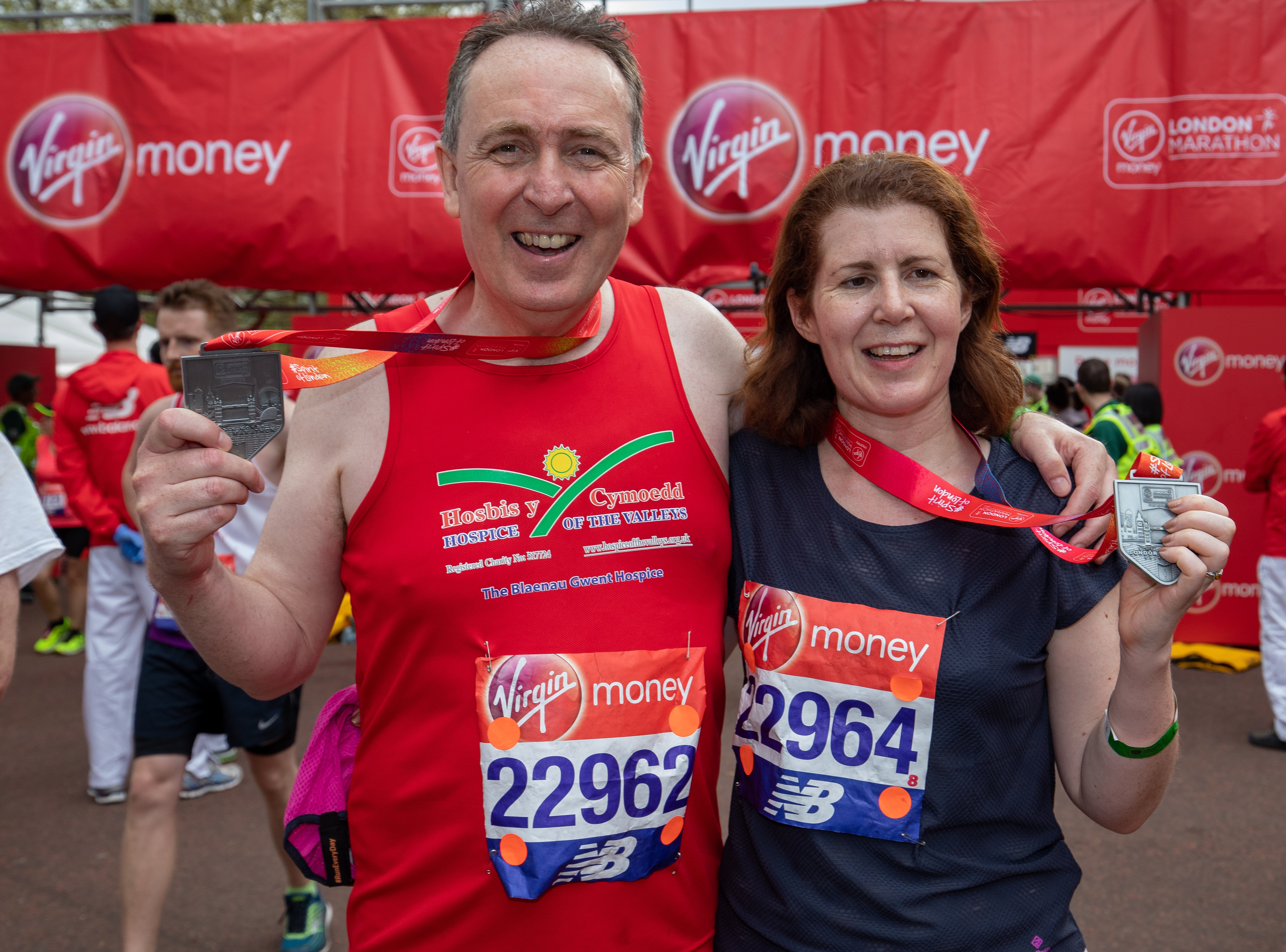 Nick Smith MP braved the scorching heat of London’s streets to complete his first ever marathon for the Hospice of the Valleys.

With more than six hours of running in temperatures of up to 24 degrees, the Blaenau Gwent MP joined more than 40,000 runners to take on the hottest London Marathon on record.

At the time of writing Nick has raised more than £2,300 for the Hospice, which provides palliative care for more than 500 people every year.

Speaking after the race, Nick -; who ran with his wife and fellow MP Jenny Chapman – said that the months of training in the rain and snow may have not prepared him for the heat, but it had all paid off in the end.

“One of the overriding feelings for me on day was that there was a lot of love on show from all the other runners”, he said.

“Lots and lots of good will and being surrounded by people who were running for good causes. Many had messages for loved ones on their shirts which was really touching and brought home why we were all doing this.

“I’m shattered now though after so many hours running in the sunshine. The cold water showers you could run through on the way were a blessing.

“We had to be very careful and drink lots of water to stay safe. The most sensible thing I did was buy a cap at the last minute so I didn’t suffer a burnt nose.”

As well as supporting the Ebbw Vale based Hospice, Nick was running under the banner of the Parc Bryn Bach running club, who got him running just over a year ago with their Park Runs.

The three laps of the lake every Saturday morning with dozens of other borough runners gave Nick the confidence to try his hand at the marathon, and Nick thanked them for their support.

“They’re fostering a real community in Blaenau Gwent and they’ve been absolutely fantastic with getting me up and running”, he said.

“I had put my sporting days behind me, so couch to 5k felt like a good way to keep fit. Now just over a year on I’ve been able to take on the marathon. They’re a group we should be celebrating here in Blaenau Gwent and they helped me do the Hospice proud.”

Nick would like to thank the Hospice for their backing, as well as Ebbw Vale Fire Service for helping to organise a fundraising car wash in the build up to the big day.

You can still donate to the Hospice through https://uk.virginmoneygiving.com/NickSmithLondon2018