Joining forces with Which? to end rip-off overdraft fees 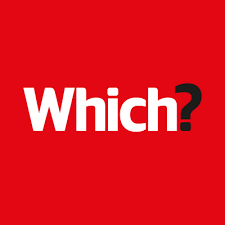 Nick Smith MP has added his voice to a campaign to call on the Financial Conduct Authority (FCA) to bring an end to rip-off overdraft fees.

The Blaenau Gwent MP joined forces with consumer champion, Which?, and over 80 fellow parliamentarians in signing a letter asking to protect consumers from sky-high fees.

With some unarranged overdrafts costing over seven times more than a payday loan, Mr Smith is concerned that Blaenau Gwent residents will be left still paying excessive fees.

Despite scrutiny from the regulator, Mr Smith feels not enough has been done to protect consumers and is currently putting pressure on the FCA to also cap interest rates in the rent-to-own sector.

“It’s appalling that, especially at a time when our financial safety nets are smaller than ever, that one unexpected bill or cost could plunge a family into a spiral of debt”, he said.

“These are loyal customers, many who have been with their bank for years and decades, whose only crime is getting buffeted by what life has to throw at them.

“Banks already make money hand over fist without needing to punish people like this.”

Which? compared the cost of borrowing £100 for 30 days in an unarranged overdraft across 16 high-street banks with borrowing the same amount for the same length of time through a payday loan.

Overall, 13 of the banks investigated charged more than a payday loan company (£24), and considerably more so in several cases.

Santander is almost 7.5 times* higher and £155 more expensive, charging its customers a massive £179 over 30 days.

Now, Which? has written a letter to the FCA along with 84 MPs from all the main parties, demanding the Financial Conduct Authority takes urgent action to end this unfair  practice by restricting unarranged overdraft charges to the same level as arranged overdrafts.

Gareth Shaw, Which? Money Expert, said:  “It’s alarming that the majority of banks are still allowed to charge more than payday loan firms through these rip-off overdraft fees. These extortionate fees can cost thousands of pounds a year, hitting those who can afford it the least.

“The regulator cannot drag its heels any longer. We must see urgent action to restrict these charges, bringing them into line with arranged overdraft fees to finally end this unfair practice.”