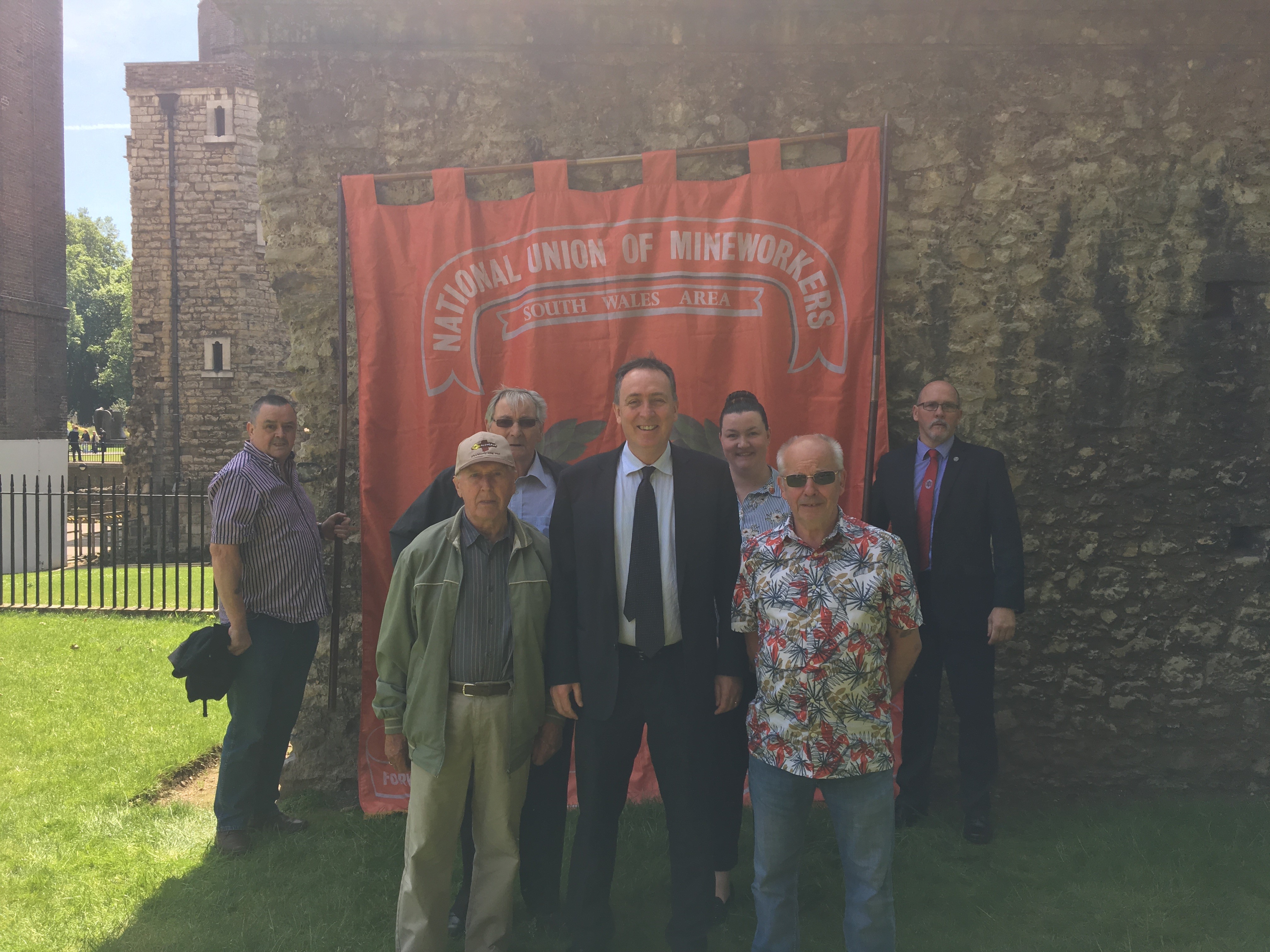 Nick Smith MP called for a fairer deal for retired miners and their families at a rally in Westminster.

The Blaenau Gwent MP joined other Valleys MPs in welcoming a South Wales NUM delegation to Parliament, who were part of a demonstration calling for a change to the current Mineworkers’ Pension Scheme.

The current arrangement sees the Government and pensioners share any profits made by pension investments on a 50/50 split.

The Treasury has banked about £3.4bn from this arrangement since 1994 without having ever to pay in a penny as guarantor.

In a speech to former mineworkers Mr Smith said it was time for the Government to revisit the deal and ensure the legacy of mining in Britain was properly recognised.

“Certainly in South Wales we were the crucible of the industrial revolution. Steel and coal propelled our economy and employed hundreds of thousands of people”, he said.

“Whilst the British Mining Industry has almost gone, what’s left is mining communities like Blaenau Gwent and pensioners like my uncles.

Nick has previously campaigned on this issue in Parliament in December, when he secured a debate calling for a review into the arrangements. He also joined Labour colleagues in a meeting with NUM chiefs in April to discuss the latest report on the scheme.

Speaking at the rally, South Wales NUM’s Wayne Thomas said it was vital that MPs like Nick were keeping the pressure on the Government to do the right thing.

“It’s great to see Nick and other Valley MPs standing by the NUM and their families”, he said.

“A Government review of the 50/50 scheme is crucial for our families.”